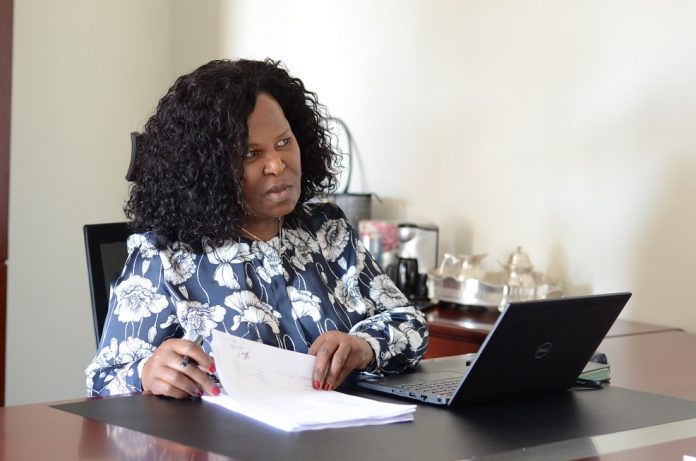 “There can be no greater gift than that of giving one’s time and energy to helping others without expecting anything in return.” – Nelson Mandela.

The need to address poverty, eliminate violence against women, promote rural development and access to quality education, protect the rights of children and vulnerable persons, and improve the lives of previously disadvantaged people in South Africa are some of the legacies of Nelson Mandela that still resonate today. Therefore, it is remarkable to celebrate leaders who today wield same inimitable human spirit, committing their time and resources towards improving and transforming lives, creating a better life and society for others, providing and driving economic opportunities, inclusion, empowerment, and integration of the youths to the mainstream society.

One of such leaders is Nona Chili, the Founder and Chief Executive Officer of Makwande Energy Trading, who is featured on the cover of the African Leadership magazine’s July Edition. When our team visited Chili in her office located at the 4th Floor, West Tower of the magnificent Nelson Mandela Square for an exclusive interview, we were inspired by her sheer determination and accomplishments in rising above the tide of gender and racial barriers, contributing to community development, youth empowerment, and supporting vulnerable youths and children in the country. 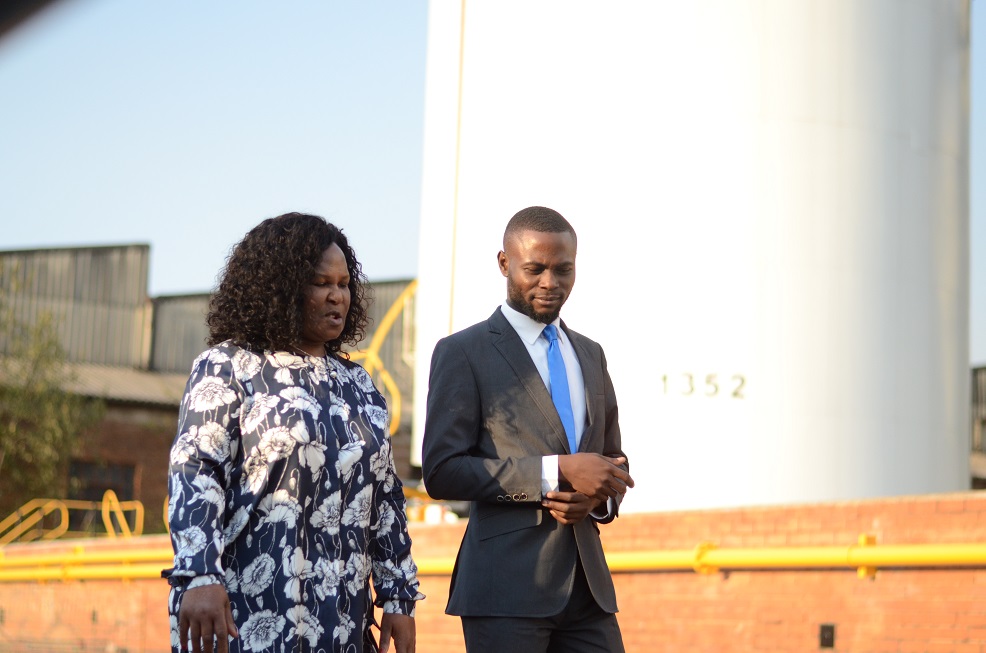 Nona Chili grew up in Cape Town, a port city on South Africa’s southwest coast. She lost both of her parents at an early age, but was fortunate to go through school on bursaries and ended up with a Masters in Economics, from the University of Johannesburg.

Her career started in 1992 at First National Bank where she was a Foreign Exchange Trader. On leaving First National Bank, she joined Central Energy Fund (CEF) as a Foreign Exchange trader and later moved to the subsidiary of CEF, Strategic Fuel Fund (SFF) as a Crude Oil Trader. Chili spent some time with one of the trading companies in London to gain experience in this field. Her responsibilities included crude oil trading, risk management, management of strategic crude oil storage tanks, management & relocation of strategic crude oil from Ogies mines to Saldahna in South Africa. 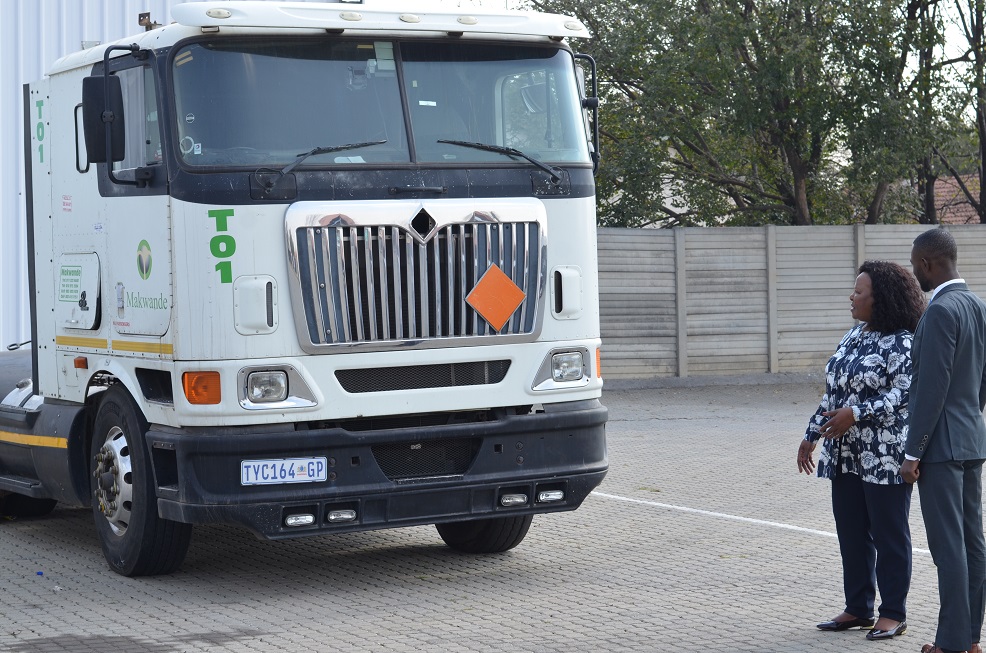 In 2007, Chili started Makwande Energy Trading specialising on imports of crude oil and petroleum products and later expanded the activity to domestic wholesale. In 2009 she diversified into logistics through Makwande Supply and Distribution entity, focusing on the transportation of petroleum products. She has attended several petroleum trading and risk management courses in Oxford and Cambridge in London and ENSPM in Paris. Nona is a Certified Associate of the Institute of Bankers in South Africa (CAIB (SA)).

“We as women are taken as people that are supposed to be in the kitchen, cooking and cleaning. I am not different from those women that grew up in those environments; it was even worse when I was left on my own. It becomes more of a stereotype, but it does not stop you as a woman or a young lady to try and achieve your dreams, because there is nothing that stops you from going forward. It is just a perception. It is just a stereotype, but no one stopped me and said don’t go ahead; don’t do this. Limitation is in the mind.” Nona Chili said.

Nona Chili has not only achieved success for herself, but also for others, having dedicated her company as a platform to transform lives, empower and develop the youths, and provide opportunities for many. In light of this, the African Leadership magazine team spoke with a couple of leaders of Makwande Energy Trading who testified to the transformational leadership of Chili.

Terrence Zulu, who is the company’s Head of Operations said: “working with my boss (Nona Chili) has been great. It is not just professional; we even get to a point where we talk about personal stuff… she is interested in both your professional and personal development. When I first came in here, she almost like took me hand in hand. She taught me how to handle different situations because it was a different industry… We have a team that is motivated, a team that is all about being African, being proud. These are some of the things that motivate us every day. Working with her is one of the greatest things in my life and I do see myself retiring from working here.” 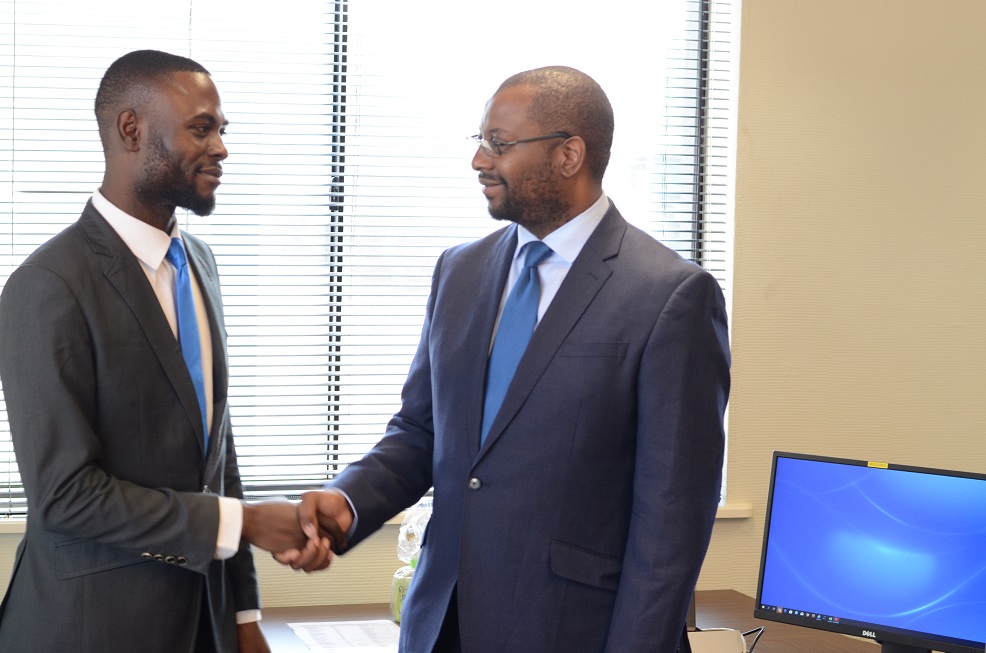 In the same vein, Aphelele Kali who works in the Operations department said: “When I was about to join the organization, my interview was conducted by her; it was not an interview per se, It was more informal. She makes you feel comfortable. She is so humble and so kind. Even if you have personal problems, Ever since I joined the company, I have managed to own a car of my own, an apartment of my own, I have started helping my family and recently, I have started furthering my studies and Makwande is paying for that.”

The most important element of internships is that they integrate classroom knowledge and theory with practical application and skills developed in professional or community settings. They also bring a wealth of benefits to students, both while completing a degree and when seeking a career path post-graduation. Nona Chili believes strong in internship, skills transfer to the younger generation as an opportunity and platform to address youth employment in South Africa.

I met and spoke with four (4) interns in the organization- Yanga Mgole, Puseletso Phuting, Mabudi Mamonyane and Nozipho Temekoane. Yanga Mgole who has a diploma from the Rosebank College in South Africa is involved in the wholesale operations and deliveries of the company. He said he has “become more organized; it shows even in the way I plan my day at home and in church. This is what I have learnt from Makwande as it is a very organized setting.”

In the same vein, Nozipho Temekoane, a young lady who has spent eight (8) years in the organization said “I am working as a technical assistant in the workshop. I have gained experience. I have learnt more about the trucks which I didn’t know. Makwande is my first job, so I have learnt a lot of stuff.”

Scholarships are another area Nona Chili has immensely contributed to youth empowerment and development. In today’s world, financial assistance is necessary for many students with great potential but who face significant financial barriers to entry in higher education. And scholarships are the most desirable form of financial aid.

Dolly Kubheka and Herbert Monareng are beneficiaries of the scholarship scheme of Makwande Energy Trading. Herbert told me that after studying Mechanical Engineering in College, he was unable to his studies, due to lack of finance, until he got a from Makwande who paid for the tuition and all materials needed to complete a training programme at the Artisan Training Institute in Johannesburg.

Furthermore, my discussion with Nona Chili featured some of the corporate social responsibility activities that Makwade Energy Trading has participated in to help make a positive impact on the communities. According to Chili,” when it comes to CSI, we identify homes; for example, we have an orphanage home; we have got Girls and Boys Town, where they keep abused children and they are in need of money to subsidize the education of those children.” As a testament, we spoke with Sanaliswa Mqobongo and other leaders of Girls & Boys Town (GBT) in Kagiso Campus, Johannesburg. 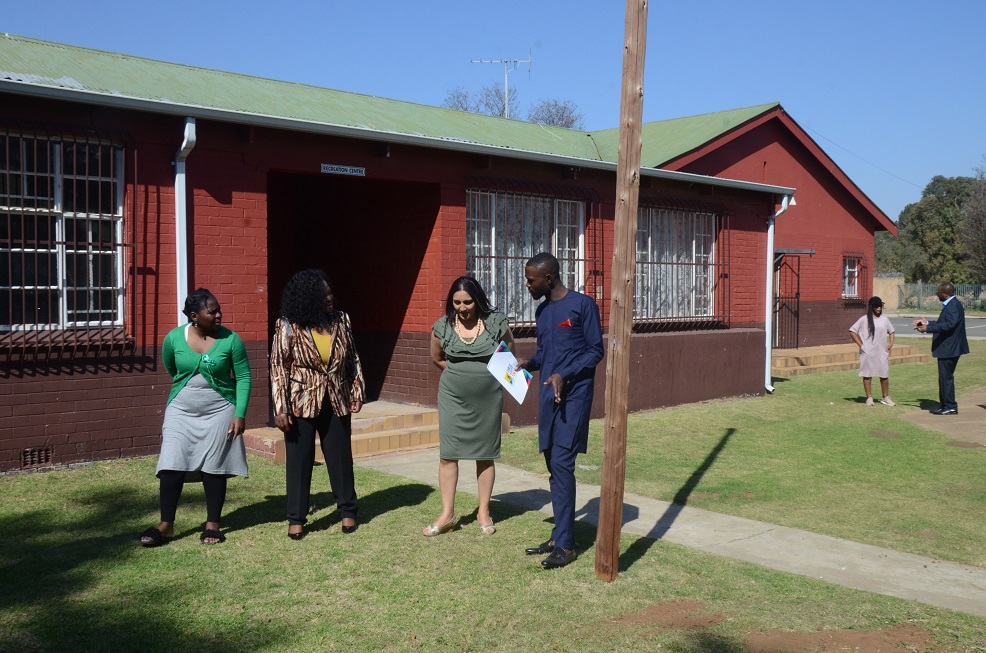 Established in 1958, Girls & Boys Town (GBT) is a national non-profit organisation that runs proven and successful programmes to strengthen vulnerable youths; through a combination of interventions, the home assists between 16 000 to 20 000 beneficiaries a year, on average. Sanaliswa shed more light on the home and the situation of children who are catered for in the home. She said: “We have got a range of situations that our children have experienced. For instance, one child lost her parents, when she was very young. She was left in the care of her siblings. One is older and one is younger. The older sibling, who was a child herself, was responsible to look after these children.

“The older sibling was very abusive. She will burn the child. She will pour hot water on her. She will tie her up. She will not give her food and would spread stories in the community about her and her behaviours because she doesn’t want this child to have anybody that she can go outside to tell what was happening at home. So the community saw her as a bad person. And nobody wanted to have anything to do with her as they would not believe her. So she came to us with that background. And a male family member sexually abused her in the process as well. She came to us with wounds on her face and body. The scars are still there. She was with us for three and a half years and we managed to find a very distinct relative and assisted the family member to be able to take her back. I took her time to settle in the programme here. And I can tell you she improved. She became one of the leaders.” 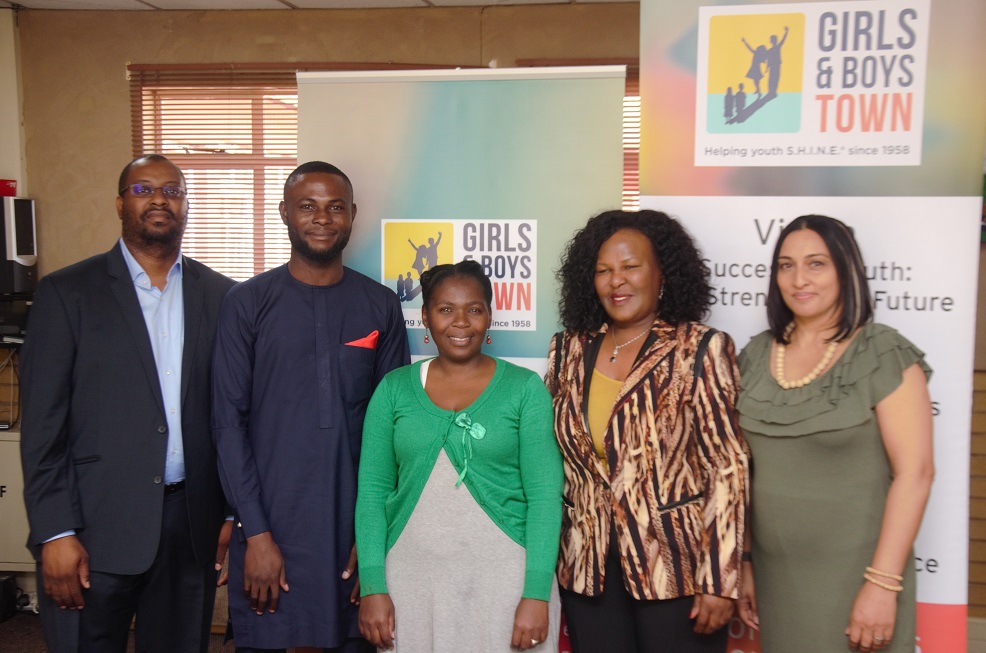 Nona Chili symbolizes humility, courage, resilience, a strong sense of self-worth, leadership excellence and a reminiscence of the values of the human spirit towards the betterment of the society. In the words of Mary Kay Ash, “we need leaders, who add value to the people and the organization they lead; who work for the benefit of others and not just for their own personal gain. Leaders who inspire and motivate, not intimidate and manipulate; who live with people to know their problems in order to solve them and who follow a moral compass that points in the right directions regardless of the trends.”