Home Business & Economy Haastrup: The maritime sector can help address the problem of unemployment in... 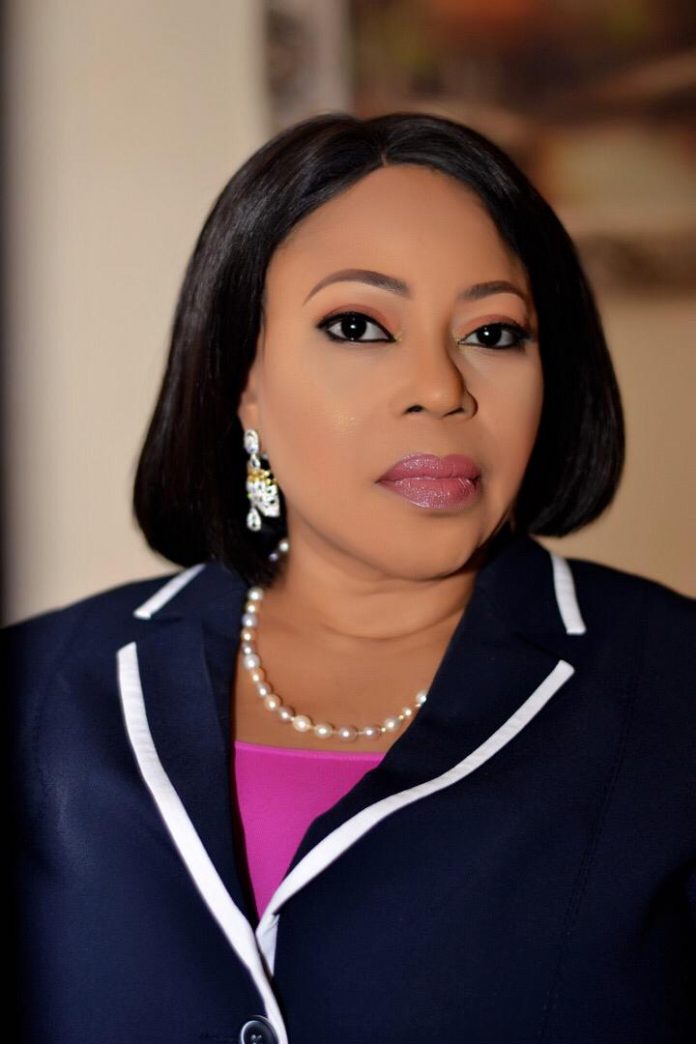 African leadership Magazine recently had a chat with Princess (Dr.) Vicky Haastrup, FCIS. Executive Vice Chairman, /Executive Manager, ENL Consortium Limited. In this interview, she spoke about the challenges in the maritime sector and her vision for the future.

The ENL boasts of many years of service and qualitative involvement in Nigeria’s business sector. Of great importance is the revolution coming up in the form of smart shipping solutions. How is the ENL positioned for this?

Smart shipping means self-driven vessel. Vessels that are able to sail and operate completely by themselves. It’s considered to be the future of the maritime industry, which has the potential to influence the shipping and port operation positively. It should be noted that smart shipping is far from becoming a reality because regulatory, technical and safety issues have not been addressed. Current rules required vessels to be manned. This technology when put into operation in the future will be of great benefits to port operation as port value chain will be greatly enhanced.

ENL has positioned itself to explore the opportunities the new technology will present in the future for improving operation and optimisation. This definitely will involve huge investment on the part of Terminal operators in new technology compatible with smart shipping revolution as well as training of personnel in this regard.

In 2007, you entered into a strategic partnership with a Chinese logistics giant, Sinoma cargo international to evacuate cargo from the port using barges to solve the Apapa gridlock. How have you been able to eradicate this challenge seeing that it seems to be one that has defied all solution?

The Apapa gridlock has become a chronic thorn in the flesh of private stakeholders, which has resulted in huge revenue loss to Shippers, shipping agents, freight forwards, trucks owners and terminal operators. The idea of evacuating cargo from the port using barges was to help alleviate the problem caused by traffic gridlock but not to solve the problem of gridlock, as there many factors responsible for Apapa gridlock, such as poor road network linking the hinterland, accidents, widespread infrastructure degradation and inadequate facilities.

It has been very challenging given the ugly gridlock that has bedevilled Lagos ports. However, we have made significant progress in cargo evacuation through the use of barges in the last two years of this novel idea. We’ve so far evacuated 60,073 metric tons of cargo equating about 2400 numbers of trucks. With these numbers, we’ve taken off the road over 2400 trucks from compounding the already bad traffic situation.

Because of the progress made in this regard, we have entered into a partnership with two new companies using barges in cargo evacuation and bringing in empty and laden containers for export through ENL terminal.

2007 seemed to be quite a remarkable years for ENL Consortium, it was the Port and Container Terminal Development Award at the Seatrade International Award, as well as a local award by the Independent Newspaper Association. What has added to these milestones that saw to these awards?

ENL as the leader of the multipurpose terminal in Nigeria has made remarkable achievements in cargo handling operation. These awards are in recognition of the unprecedented milestones achievements in port operation. Our records speak for itself in term of cargo throughput, quality of terminal services and social stability as it relates to dockworkers.

To answer your question on what has added to our milestones achievements:

1 Differentiation of services – We now offer more services such as cargo evacuation through barges which have resulted in lowering port cost for ship agents and shippers.

Adequate maritime security is the joint responsibility of Nigeria Maritime and Safety Administration and Nigerian Navy. There is need to extensively review Nigeria ports security plan and system in view of the prevailing security challenges confronting the nation. These challenges have resulted in the loss of vessel traffic to neighbouring countries and high freight cost to Nigeria ports, particularly the Eastern port because of the security challenges in the Niger Delta region,

Private participation should be informed of collaboration with government security agencies. Private stakeholders in the maritime sector can partner the government in providing fund needed to address these challenges. Maritime security trust fund should be considered to assist in the provision of security equipment and facilities needed to effectively police Nigeria territorial water.

The African leadership (UK) Limited recognizes your firm as a leading group in Africa, with the conferment of African Company of the year award (Port Operation) & Medal of Honour in Business. What does this mean to you with respect to the challenges highlighted so far?

This will spur us to do more as we are not unmindful of the port role as an essential link in the global logistics chain and the interface between marine and land transport, and as such, should facilitate the movement of cargo through it.

The Congressional Commendation is reserved for individuals who have distinguished themselves in various endeavours. Your recognition comes on the heels of efforts to strengthen the small business community in Nigeria, what does this mean to you?

Since the port was concessioned by the Federal Government of Nigerian in 2005 through the (PPP) Public-Private Partnership initiatives, our CEO in the person of Princess Dr. Vicky Haastrup has been the driving force and the directing mind under whose the concession has grown in leaps and bounds.

She has been on the driver’s seat and her given direction to the concession. Under her leadership, a lot has been achieved in all ramifications and so she deserves the congressional commendation award.

To us in ENL and beyond, the congressional commendation award is an invitation to do more for the port industry and beyond. It is a call to more service and we shall not relent to do more.

With unemployment a rising concern for the growth of African populace, how can the maritime sector help mop up the population of young African with the unemployment crises?

Unemployment is a serious problem that has plagued African continent, which has forced many young African to embark on dangerous journeys across the Sahara desert and the Mediterranean Sea in an attempt to seek greener pastures in the western world, of which many of them ended up getting killed in the desert or drown in the Mediterranean Sea. It’s also the bane of many crimes involving young Africans.

The maritime sector can help address the problem of unemployment in Africa because of the huge employment opportunities locked in the sector. However, this depends on overcoming key challenges such as improving governance, consistent maritime policies tailored toward employment creation, investing in infrastructures and reducing barriers to trade as well as investment in human capital.