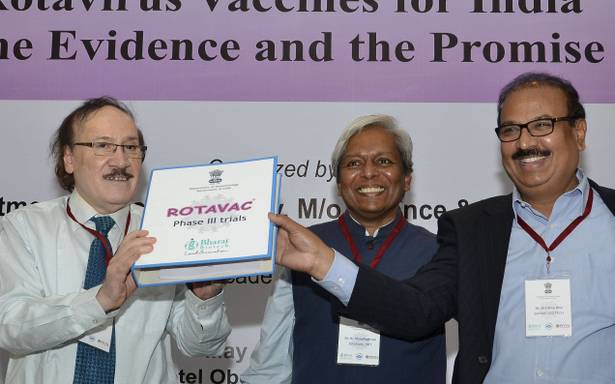 Following the rise of diarrhoeal disease in the world, health experts and agencies have been on consistent practices to help solve the problem caused by the terminal disease in different society.

Recently, the World Health Organisation awarded prequalification to India’s pharmaceutical, Bharat Biotech for their newly manufactured vaccine─ Rotavac, aimed at preventing the spread of diarrhoeal disease caused by the rotavirus among infants and young children.

This approval now allows the United Nations agencies and the Vaccine Alliance (Gavi) to procure the rotavirus vaccine and make it available to other countries where it is desperately needed.

Rotavirus is one major cause of severe diarrhoeal among infants and children below the ages of five. Rotavirus leads to It severe watery diarrhoeal, vomiting, fever, abdominal pain and dehydration.

The world records the death of over 215,000 children and two million hospitalized as a result of rotavac infection.

Rotavac was introduced in 2016 to India’s national immunisation programme; however, since it wasn’t approved by the international health agency WHO, it was only limited having a record of 35 million delivered doses to date.

Even with the high record of delivery, over 90 million children including infants do not have access to the vaccine.

According to Dr. Krishna Ella, chairman and managing director of Bharat Biotech, “The true impact of vaccines can be seen when vaccinations are carried out in affected populations.”

This calls for sustainable and affordable supply to meet the global demand for the existing rotavirus vaccines and other options.
Caption:
The world records the death of over 215,000 children and two million hospitalized as a result of rotavac infection.