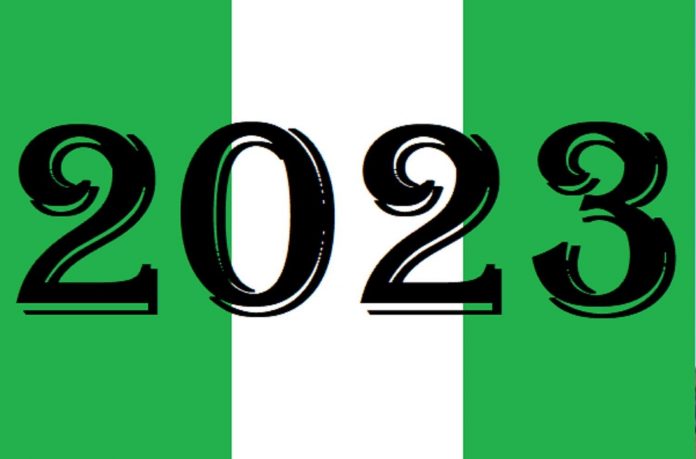 The answer to the question – whether Nigerian youths are ready to take up political positions in 2023 – lies on a single date: April 18th, 2018. On that day, at the Commonwealth Business Forum in London, during a panel appearance with world leaders, President Muhammadu Buhari announced: “More than 60 percent of the population is below 30, a lot of them haven’t been to school and they are claiming that Nigeria is an oil-producing country; therefore, they should sit and do nothing, and get housing, healthcare, and education free.” While the President justified lack of access to free and quality education, healthcare, and housing across the country to the laziness of the youth, statistics show that the corruption, inefficacies, and lack of functionality of his administration does not provide a conducive environment for Nigerian youths to succeed – whether entrepreneurship-wise or politically.

According to UNICEF, one in every five of the world’s out-of-school children is in Nigeria. In addition, 10.5 million Nigerian children between the ages 5 and 14 are out of school and only about 61 percent of children between the ages of 6 and 11 attend primary school regularly. Northern Nigeria – where President Muhammadu Buhari is from – has a net attendance of 53 percent, UNICEF reports. According to their research: “Gender, like geography and poverty, is an important factor in the pattern of educational marginalization. States in the northeast and northwest have female primary net attendance of 47.7 percent and 47.3 percent, respectively, meaning that more than half of the girls are not in school. The education deprivation in northern Nigeria is driven by various factors, including economic barriers and socio-cultural norms and practices that discourage informal attendance education, especially for girls.”

In Nigeria, there is a direct relationship between education (especially that of the female child) and insurgency and/or security. In April 2014, Boko Haram, the largest Nigerian terrorist and vigilante group, kidnapped 276 female students between the ages of 16 and 18 from their Government Girls Secondary School in a town called Chibok in Borno state in northern Nigeria. Since then, a series of kidnappings have been happening across northern Nigeria. In July 2021, Global Citizens reported that at least 1,000 children have been kidnapped in Nigeria since December 2020. After 300 male students were kidnapped from Government Science Secondary School in Kantara in Katsina state in December 2020, in February 2021, 27 students were taken from Government Science Secondary School in Kagara in Niger state. This was shortly followed by hundreds of schoolgirls being kidnapped from Government Girls Secondary School in Jangebe in Zamfara state. This led to the closure of over 600 Nigerian schools due to security concerns – mostly expressed by parents.

Education aside, the state of the Nigerian healthcare system is abysmal. Firstly, Nigeria has a shortage of doctors. Unlike popular belief, this is not due to a lack of Nigerian professionals in the field, it is due to lack of opportunities and inadequate pay for qualified doctors across the country. Because of this, qualified Nigerian doctors are known to flee for better opportunities and higher pay in the UK, Canada or the Americas. secondly, healthcare in Nigeria is inarguably underfunded; not only are health care workers poorly paid, over 70 percent of healthcare spending is out-of-pocket so unless you belong to the one percent of Nigerians who can afford adequate healthcare, chances of survival are very low. The irony is that given the choice between the best hospital in Nigeria and seeking medical intervention abroad, the one percent – such as the President himself – would rather fly out of the country to seek medical attention. In short, the Nigerian healthcare system is among the lowest in the world, ranking 142nd of 195.

But let’s absorb the blame for the incompetence of the government administration since President Muhammadu Buhari came into power and highlight the good work they have done to empower the youths and alleviate poverty across the country. For example, the time Nigerian Presidency’s Twitter account introduced the Artisan Support Scheme, which publicized that payments of 30,000 naira (approx. 73 dollars) would be given to 333,000 artisans in Nigeria but unfortunately, the page form for the process remained inactive. This is not to forget the time a member of Zamfara House of Representatives shared basins, coal irons, and detergent to youths in hopes that it would empower them, and the time Presidential Youth Empowerment Scheme was launched with the dispensation of tricycles and moped scooters.

Unlike what the federal government would have you believe, Nigerian youths are providing solutions to contemporary problems, making meaningful contributions to the tech space and political conversations, and making opportunities for themselves where they are none. If we are talking about youth activism, we must highlight the dedication and elation of Nigerian youth to take to the street and lead peaceful protests in the most organised manner. In April 2020, after the abduction of the schoolgirls in Chibok, Nigerian youths organized a public protest in Abuja, Nigeria’s capital and in the years to come would stage almost 200 protests both within and outside the country. In 2020 – when hundreds of peaceful protestants took to the streets in the name of #ENDSARS, a movement aimed at bringing an end to police harassment and brutality across the nation – it was Nigerian youths leading the protests, providing support to protesters, getting lawyers to free innocent protestants unjustly detained by the police. Most importantly, it was Nigerian youths being violently killed by the military on the night of October 20th; the same military, might I add, is powerless without the endorsement of the Commander-in-Chief of the Nigerian armed forces, who is automatically the President of the country, currently Muhammadu Buhari.

So, are Nigerian youths ready to take up political positions in 2023? I think the more pressing question is: is the older generation ready to hand over – or give some of their – power to Nigerian youths? In May 2018, Nigeria passed a law that lowered the age limit for political office from 35 to 30 years in the Senate and from 30 to 25 years in the House of Representatives and State House of Assembly. And in recent years, we have seen relatively young people given political appointments by either the President or state governments and state house of assembly. Salihu Yakubu-Danladi, for example, was just 34 years old when he was appointed as the 9th Kwara State House of Assembly in 2019; Debo Ogundoyin is today – at just 34 years old – the speaker of the Ninth Oyo state house of Assembly and member representing Ibarapa East Constituency under the platform of the Peoples Democratic Party (PDP); Bashir Ahmad, Special Assistant to President Buhari on New Media, and some others. But these are political appointees, not elected politicians.

The stakes are much higher with elected candidates. Angela Ajodo-Adebanjoko – an associate Professor of Political Science and International Relations in the Department of Political Science at the Federal University Lafia – says it best: “Despite growing evidence of youth activism and mobilisation, Nigerian youths have yet to achieve the level of inclusion required to gain representation deficits, money politics, poor internal democracy among the older parties and an absence of a strategic political agenda pose ongoing barriers to young people playing a role in national development.” In short, she believes Nigerian youths are too poor to run for political office. I would like to take it a step further to add that we are not only too poor to run, we have also not been prepared to be independent – whether financially, or epistemically – enough to be elected as politicians. But while Nigerian youths may not be ready to take up politically-elected positions, let it be known that we are 100 percent ready to mobilize our army to stand up against the winners of the 2023 elections – even with our last breaths.