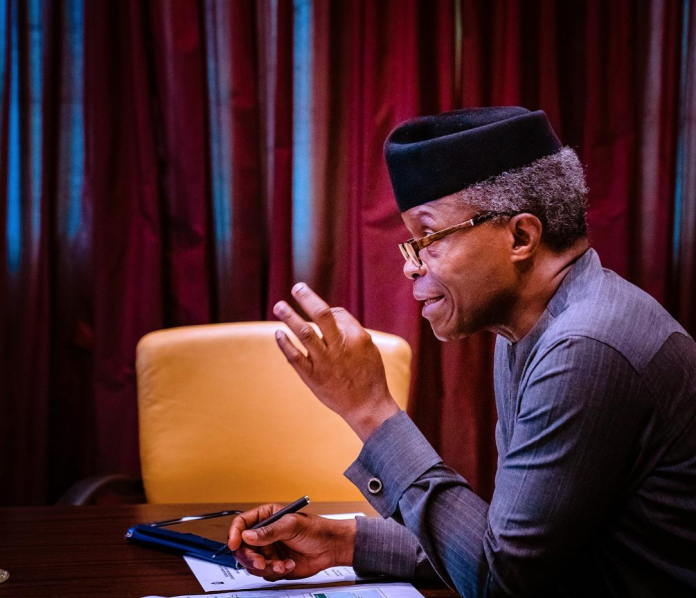 In a bold move to fight malnutrition in the country, Nigeria has finalised arrangements to launch ‘Operation Feed Yourself’ among the citizenry.

In collaboration with states under the auspices of the National Economic Council and the National Council on Nutrition, the federal government will evolve an ‘Operation Feed Yourself’ initiative to encourage the establishment of urban farms and small home gardens.

The Vice-President of Nigeria, Professor Yemi Osinbajo made this known in Abuja during a high-level meeting on nutrition attended by United Nations Deputy Secretary-General, Mrs Amina Mohammed, state governors, representatives of development partners including UNICEF, the Bill and Melinda Gates Foundation, the Aliko Dangote Foundation and convener of the UN Food System Dialogue, Mrs Olusola Idowu, who is also the Permanent Secretary, Federal Ministry of Budget and National Planning.

‘Operation Feed Yourself’ is one of the three major plans arising from the UN-backed Food Systems Dialogues to advance the fight against malnutrition.

Others support farmers across the country, especially by providing useful weather and soil pattern information that will improve farming yields and encourage state governments to ensure prompt release of budget for nutrition and related activities.

According to Osinbajo, there are practical steps that can be taken by the states and federal government in the next 12 months, adding that: “I think that some of the suggestions are important, especially those that have come from the UN Food System Dialogue.”

He listed the different stages as the establishment of Agribusiness Investment Hubs or farm settlements; the establishment of urban farms and homestead gardens by individuals and schools; the adoption of weather information to support farming; leveraging the support of the UN agencies and other partners for nutrition activities, and the call on MDAs and states to release funding for nutrition activities.

“States and the FGN will promote what the convener has described as ‘Operation Feed Yourself.  This is simply something that we think should be a mass appeal to citizens in the states, and the encouragement we can give them so that individuals and schools develop their farms or homestead gardens,” the VP noted.

“This obviously not only helps individuals and families but the excess can be sold to others and generally improve food security.

“The establishment of Agribusiness Investment Hubs or farm settlements or farm estates or any variety of those kinds of integrated farming arrangements will improve food and nutrition security. What we are recommending is the sort of model that Oyo State has or any of the variety that states have. That sort is obviously recommended because of the way that it is structured and the obviously good result that they have been getting,” he added.