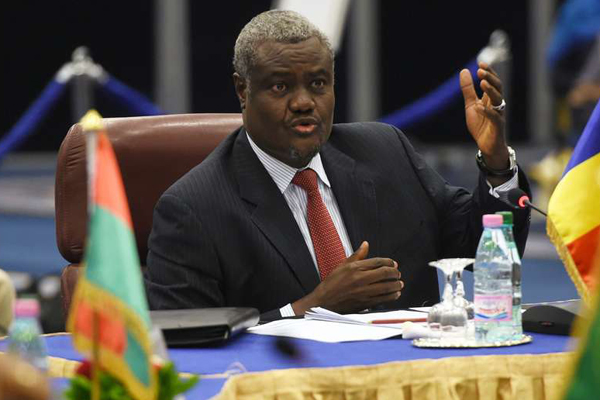 A content of two internal memos from women in AU revealed that dozens of female employees are experiencing routine ill-treatment, humiliation and discrimination on the basis because of their gender.

As a result, the African Union Commission Chairperson, Moussa Faki Mahamat, has taken the allegations seriously and ordered a probe into the “professional apartheid” experienced by women staff at the AU.

In a tweet on behalf of the Chairperson, his spokesperson, Ebba Kalondo said “I want to make clear – I will not allow discrimination against women under my watch. I have ordered an investigation to get to the heart of these allegations. Gender parity is at the heart of this Administration. This is my personal conviction and professional duty to all staff.”

Speaking of the subject matter on the sidelines of the Pan-African Parliament held recently in Midrand, Faki disclosed that his office had not received either of the leaked memos that were at the heart of the complaint. “My Office has not received any such complaint as alleged in the South African newspaper @mailandguardian,” he said.

According to the internal memos obtained from a diplomatic source, the memos were signed by 37 women in the AU, and was addressed to the AU chairperson;

“Morale across the commission, especially among us female employees, is at its lowest and will continue to fall down for lack of remedy in sight.”

The memo also claims that women in the peace and security department which is considered by the AU as the most significant department, experience more of the problems than other departments.

“This practice by the [peace and security] commissioner of job reservations in favour of his preferred male persons, which excludes and humiliates females, should be abolished once and for all. It should be made a crime in the AU.”

Chairperson Moussa Faki Mahamat having expressed his disapproval to the ongoing issue has promised to get to the root of the matter.