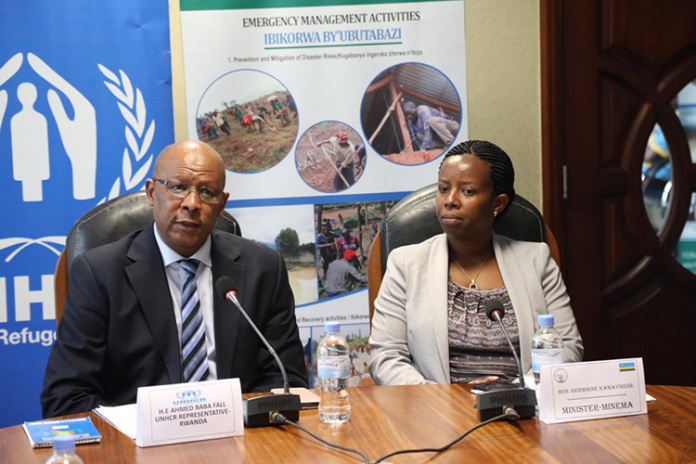 The African Union (AU) is seeking to engage Rwanda for a possible renewal of the agreement signed with it to extend asylum for stranded African migrants who are evacuated from Libya.

The initial agreement, which was signed in September 2019 was a two-year-deal that saw the East African country agree with the AU and the United Nations High Commissioner for Refugees (UNHCR) to establish a transit mechanism within its territory which will act as a temporary home for African asylum seekers trapped in Libya, after failed efforts to illegally sneak into Europe through the Mediterranean Sea.

Visiting the Emergency Transit Mechanism where the asylum seekers are hosted in Bugesera district, Amira Elfadil, the AU’s Commissioner for Health, Humanitarian Affairs and Social Development spoke to journalists, revealing the AU’s desire to extend the deal for some more time, as it is set to expire in September this year.

“We are still in need of bringing-in stranded African migrants, and give them opportunities of being resettled in Europe and other places. Our work is not yet done. We will look into how to extend the Memorandum of Understanding because we still this service and this facility (the transit mechanism). We have thousands and thousands of stranded migrants who need to be looked after” she said.

Since the program commenced, Rwanda has hosted up to 515 persons at different intervals as the UNHCR made effort to fly them in from North Africa, and speaking of Rwanda’s willingness to extend, Olivier Kayumba, the Permanent Secretary in the Ministry of Emergency Management (MINEMA) disclosed that the government will assess AU’s request when is sent to them, with positive feedback likely to be the outcome.

“If there is a request to extend the agreement, we are going to assess it and then respond. So far, I don’t think that we can refuse it” he said.