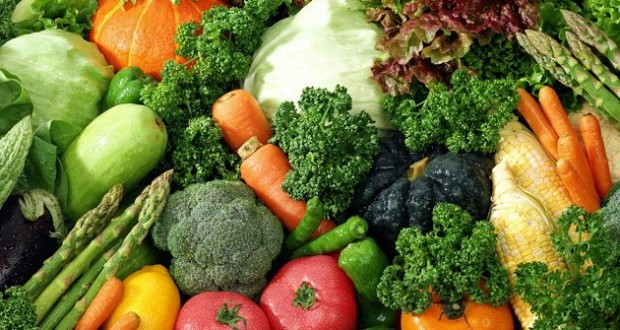 Recent reports have revealed that of the total land area in Nigeria, 39 percent is utilized for cultivated crops, 3 percent supports permanent crops such as fruit and nut-bearing trees, leaving 58 percent of land uncultivated majorly due to the problem of accessibility or remoteness and funding. This is the case with most African countries as they struggle towards attaining food security in the shortest possible time.

Despite this weakness, Africa’s agro revolution is fast catching steam with the introduction of new technologies, the use of improved seeds through government schemes, and the involvement of Banks in the funding of agricultural projects.

In times past, agriculture in Africa was lined with pictures of men and women who cultivate small plots of family land with hoes and few seeds. This method of farming produced only a small amount of crops for consumption while the rest of the majorly consumed crops were imported.

The realization that the continent needs to feed itself, has prompted agriculturally friendly policies especially as regards allocation of farm lands and other incentives necessary for increased productivity, and a call for the awakening of unused arable land especially in rural areas.  According to Majin Gari Lavun, a rice farmer in Northern Nigeria, “with increase in yield per hectare, quality products, availability of ready markets with good pricing guaranteed, farm business seems bright, and our living standard will surely improve. Former Minister for Agriculture Akinwumi Adesina, at a conference in 2013 also said “the jinx had been broken; our farmers, if well supported, can make Nigeria self sufficient in rice production’.

There is no doubt that significant changes have occurred in the agricultural sector over the past years, with the inception of several agricultural development projects by the government. Nigeria recorded a boost in the agricultural sector in 2013 and 2014 which merited the sector a position on the list of contributing sectors in the country’s gross domestic product (GDP). One of such projects is the FADAMA project which was put in place by the government with the aim to increase food production in Nigeria. Its first phase focused solely on crop production in rural areas and especially on low-lying flood plains usually with easily accessible shallow groundwater, from which the name FADAMA was coined.  Conceived basically to develop small-scale, simple, low-cost, farmer managed irrigation scheme under the World Bank financing, the development of PHASE II of the project came from the realization that supplementary dry season irrigation farming is essential to meet the food need of the growing Nigerian population.

The International Institute of Tropical Agriculture (IITA), has noted that the take off of these projects represent one of the ambitious step by the government to achieve the goals of reducing hunger in the country while stating that the introduction of high-yielding, drought-tolerant and early maturing varieties coupled with the activities of several collaborative research in the region, accounts for most of the success thus far.

Apart from government funds, the World Bank and the African Development Bank have being major sources of fund for the projects. Nigeria’s Bank of Agriculture which is owned by the Federal government and supervised by the Ministry of Agriculture was established to ensure effective delivery of agricultural and rural finance services in order to sustain and support National Economic Development. The question then is: How many Nigerian farmers have access to the facility of this bank since it’s rebranding in 2010?

As part of effort to achieve sustainability of these projects, Public private sector partnerships (PPP) have being sort in order to assist government and ease the burdens of the farmers. Various commercial and microfinance banks in Nigeria are beginning to invest in the agricultural sector. The Chief Executive Officer (CEO) of First City Monument Bank, Ladi Balogun, attended the agricultural session at the World Economic Forum on Africa where he said “the fact that you have a bank that has its origins in investment banking, as we do, looking seriously into agriculture is a positive development.” He also stated that Nigeria still lacks technical expertise regarding agricultural finance. “If you look at the history of a lot of commercial banks the depth of skills in areas such as agricultural lending is very low. Now what you are beginning to see is banks in Nigeria starting to gear up and train, and even import talent from other African countries to set-up agricultural desks.”  There has been as increase in bank lending due to the success of the agricultural value chain which was set up by the last administration to reduce risk, and cost of doing business with the banks. Such initiatives give room for the common man to access funds which will help to boost cultivation.