African Leadership Magazine
Home Recent Stories Back to the Root: The Place of Traditional Education in Africa 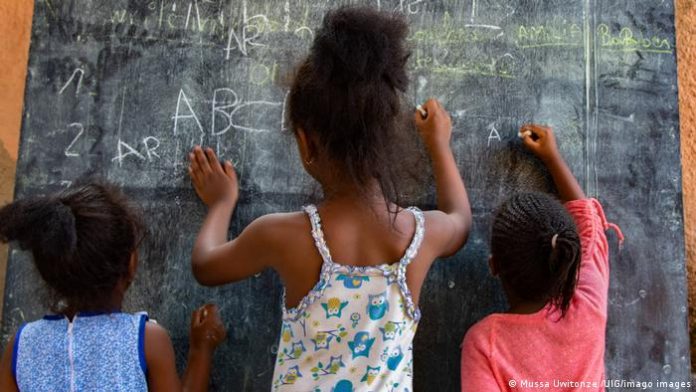 Education in Africa is not a colonial invention, as many would presume. The African continent experienced its form of training and learning before it was colonized.

The knowledge acquired was required to meet the community’s demand as a whole through the training of its members either in groups or on an individual basis. This system encouraged cooperation and collaboration amongst the community and promoted the acquisition of knowledge and skills.

The long-term role of education in every society is to prepare individuals to participate fully and effectively in their world; it prepares younger generations to be active and productive members of their communities by teaching the skills necessary to achieve these goals.

Although its functions vary, African traditional education is mainly targeted toward producing individuals who grow to be well-grounded, skilful, cooperative, civil, and able to contribute to the development of the society. The educational structure by which knowledge was imparted was informal; the family, kinship, and village groups participated in the educational process. Teaching was basically by example and learning by doing.

Traditional Mode of Teaching and Learning

In various parts of the continent, Africans used a wide range of symbols and motifs for communicating ideas. Learning words and gestures to convey messages most fluently was rewarded. The medium of instruction was the native language. Methodical instruction and lessons were delivered through songs, stories, legends, and dances to rouse children’s emotions and enhance their perception of their community.

The African traditional education was an eclectic experience. It combined physical training with character moulding and manual activities with intellectual training. At the end of each stage, discerned either by age-grade or years of exposure, the child was given a practical test relevant to their experience and level of development and the activity. This was a continuous assessment which ultimately ended in a passing out ceremony or initiation into adulthood.

African Children learnt by engaging in participatory ceremonies, rituals, imitation, recitation and demonstration. They were involved in practical farming, fishing, cooking, carving, and knitting, among other skills. Those who took to fishing were taught navigational techniques like seafaring, the effects of certain stars on tide and ebb, and migration patterns and behaviour of fish. Those who took to farming had similar training.

Those who learned trades and crafts, such as blacksmithing, weaving, woodwork, pottery, and bronze work, were often apprenticed outside their homes for training and discipline. Those who took to the profession of the traditional priesthood, village heads, medicine men and women diviners, rainmakers, and rulers underwent a long period of thorough training and rituals to prepare them for the crucial job they were to perform.

However, the advent of the European missionaries and the introduction of Western education through the mission schools changed, in many deep-seated ways, the foundation of African education. Western education soon took centre stage in Africa, superseding the traditional, informal education and its cultural foundations.

From the start, European missionaries disapproved of African indigenous cultures. Instructions provided to Africans were designed to impart western cultures and values. Africans were persuaded to abandon their own culture and tradition.

While the older people proved more reluctant to change, the younger ones readily embraced the new teachings.

Western models and standards continue to dominate African education. From primary through secondary schools to higher institutions, African institutions still instruct using foreign curriculums with almost no connection to life in Africa. This is further perpetuated by the use of European and American imported textbooks.

Why Is Traditional Education Important?

African traditional education is essential to keeping indigenous children and youth grounded in their unique cultures. Africans face multiple threats to their ancestral territories, their cultures, beliefs and languages. These threats include rapid infrastructural development.
Today, western education imposes “official” languages and philosophies. In this process, thousands of knowledge and cultures are made invisible or described as ignorant, outdated, or backward.

New forms of culturally rooted traditional education can be inculcated into existing curricula to help indigenous children and youth explore ways to remain connected to their communities and history, and help to prepare a new generation of African leaders, deeply connected, ready to support their elders in protecting indigenous rights, cultures, and territories, and willing to explore and propose exciting new ways to take forward indigenous knowledge and practices while blending it with modern global practices.