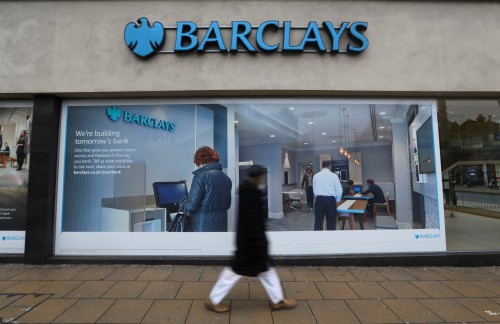 Barclays Plc shrinks its stakes in its Africa unit earlier than expected as the bank increased the size of a share sale by over 50 percent.

The London-based lender is selling 285.7 million shares of Barclays Africa Group Ltd., equal to a 33.7 percent stake, at 132 rands each, it said in a statement on Thursday. The bank previously planned to sell a 22 percent stake and said it boosted the size of the offering “due to strong investor demand.”

The sale will raise about 37.7 billion rands ($2.9 billion) and is part of plans by Chief Executive Officer Jes Staley, 60, to reduce the lender’s presence on the continent in favor of supporting a trimmed-down investment bank focused on London and New York. The British bank, which has had a presence on the continent for more than 100 years, first bought a controlling stake in the Johannesburg-based lender in 2005 when it was still called Absa Group Ltd.

The placement accelerates Barclays’s plan to gradually sell down its stake and deconsolidate the unit from its accounts, releasing capital that can be invested elsewhere in the business. Barclays had initially paid $5.4 billion for a 60 percent holding. That stake increased to more than 62 percent in 2013 as part of a reshuffle that saw Absa take over Barclays’s operations in eight African countries.

The share placement is being coordinated by Barclays itself, aided by Citigroup Inc., Deutsche Bank AG, and UBS Group AG, according to the statement. Barclays can’t sell any more Barclays Africa stock for 90 days after the latest placement is settled, a provision known as a lock-up restriction.