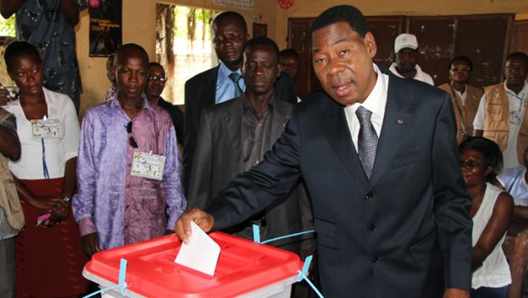 Benin famous tycoon, Sebestien Ajavon, has recently announced he would run for president, a move that will pit two of the country’s most famous entrepreneurs against each other in the February polls scheduled for February in the West African state that borders Nigeria.
Ajavon, who made his fortune through a food product company, will run as an independent, supported by various political parties, against fellow tycoon Patrice Talon, a cotton magnate, who is considered the main opponent to President Thomas BoniYayi’s ruling Cowrie Forces for an Emerging Benin (FCBE) party.
“I dream of a Benin that smiles and that’s why I invite us to turn resolutely toward a clear future,” Ajavon told a rally at Mathieu Kerekou stadium, which holds 35,000 and was nearly filled to capacity.
“Yes I am your candidate, the candidate of all Beninese,” he said. “I said yes to your request to be president, regardless of what sex, religion, political affiliation or region you come from.”He called for a reduction in youth unemployment, improved access to energy and less corruption.
The 50-year old entrepreneur has stuck to the political side-lines in Benin in the past, making financial contributions to different political parties.Similarly, Talon funded Yayi’s ruling party in 2006 and 2011 before turning to the opposition.
With Ajavon in the presidential race, it “pits the two most powerful traders” in Benin against each other, according to political analyst Francois Alladji.
President Thomas BoniYayi has led the cotton-producing country since 2006. He is barred under the country’s constitution from standing for a third term and the election is considered wide open.
Benin’s President Yayi has not sought to change the constitution to allow him to run and Prime Minister Lionel Zinsou said in December he would seek election on behalf of the ruling party, though he has not yet officially launched his candidacy.
Zinsou, who is a former investment banker and economist, has said his presidency would focus on reducing poverty and getting more workers into the economy’s formal sector. He was named to head a government in June that aimed to boost the economy.
The International Monetary Fund said Benin’s GDP growth will be 5.5 percent this year but has been affected by a slowdown in neighbour and major trading partner Nigeria.