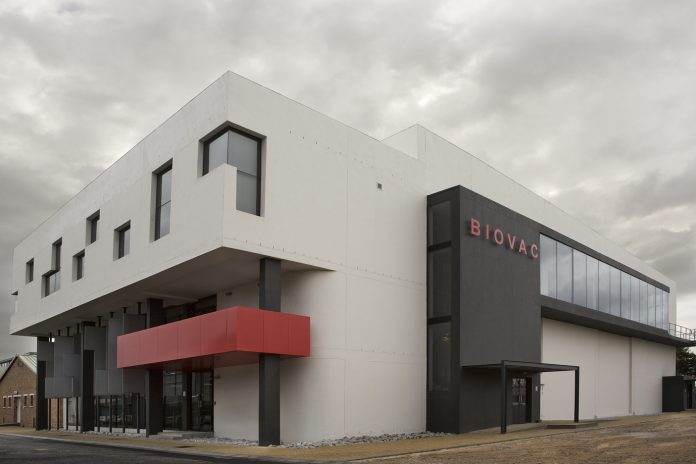 Local output of the two human vaccines is a step change for Biovac, a public-private partnership 47.5%-owned by the South African government with long-term ambitions of expanding sales into the continent. The new production lines follow years of technology transfers and skills upgrades with partners Sanofi and Pfizer in Africa’s largest pharmaceutical market. The companies were tight-lipped about commercial details of the partnership.

“We start production of Hexavalent in Q3 2020,” Morena Makhoana, Biovac’s chief executive said at its state-of-the art facility in Cape Town. The plant, modernized at a cost of around 1 billion rand ($70 million), will produce four million doses of Hexavalent vaccine a year and has capacity to ramp up significantly as it explores new markets in neighbouring Namibia, Mozambique and Angola, he said.

South Africa’s government buys about 95% of the total 25 million doses of vaccine supplied annually by Biovac, covering diseases such as tuberculosis, cervical cancer and influenza.

Biovac’s dose of Hexavalent, a six-in-one vaccine for several diseases including diphtheria, tetanus and polio, is the only one in the world that is fully liquid and unlike other versions on the market, Makhoana said, does not have to be mixed before injecting. This makes it easier to administer in remote and resource-poor clinics across Africa. On this particular six-in-one vaccine we are the only tech transfer partner with Sanofi in the world, so we are very proud,he added.

Sanofi said it will continue to invest in South Africa’s vaccine programme as it looks to bolster its position.”South Africa, and Africa for that matter, is an emerging market and showing strong growth year-on-year and hence will remain a priority for Sanofi,” Merilynn Matthew, who heads Sanofi’s South African vaccines unit, said.