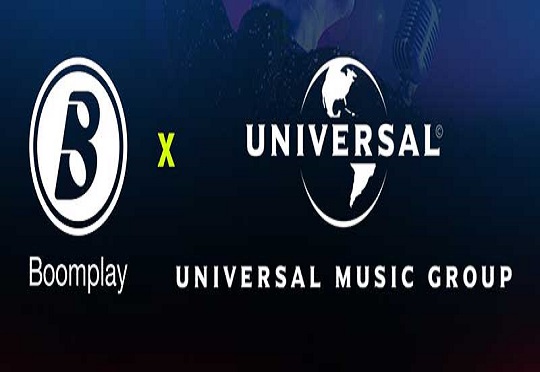 UMG is the first major music company to license its catalog to Boomplay, which has been established as the most popular streaming service in Africa. Under the terms of the multi-year agreement and effective immediately, Boomplay will distribute music from UMG’s world-renowned labels through its streaming and download platform in Nigeria, Ghana, Kenya, Tanzania, Rwanda, Uganda and Zambia.

In the announcement, Universal Music Group, Executive Vice-President, Market Development Adam Granite said, “We’re looking forward to working with us. this vibrant and growing music market. This agreement will help UMG artists to reach new audiences while boosting the African streaming experience to benefit both music fans, artists and songwriters. ”

“This partnership extends to making our artists’ music accessible to millions of African music lovers,” said Ezegozie Eze Jr., General Manager, Universal Music Nigeria, “We are delighted to be the first global music company to partner with Boomplay and look forward to bringing the potential of our artists to as many Africans users as possible. ”

Also commenting, Boomplay’s CEO, Joe He, said Boomplay wants to continue to forge partnerships that enriches the digital ecosystem and connects music lovers with their favorite songs anytime and anywhere.

“Boomplay is determined to continue meeting the music passion point of Africans in a legitimate way, especially Boomplay users, and teaming up with a major music company in the global music industry like Universal Music Group. “, He said.

The Boomplay App, which is currently available for Android users, is scheduled for release via iOS in the coming weeks. In addition, new Boomplay users will be able to obtain a free one-month subscription when they opt for a monthly auto-renewable subscription plan.