African Leadership Magazine
Home Editorial Borno State and the War against Insurgency: A Special Report on the... 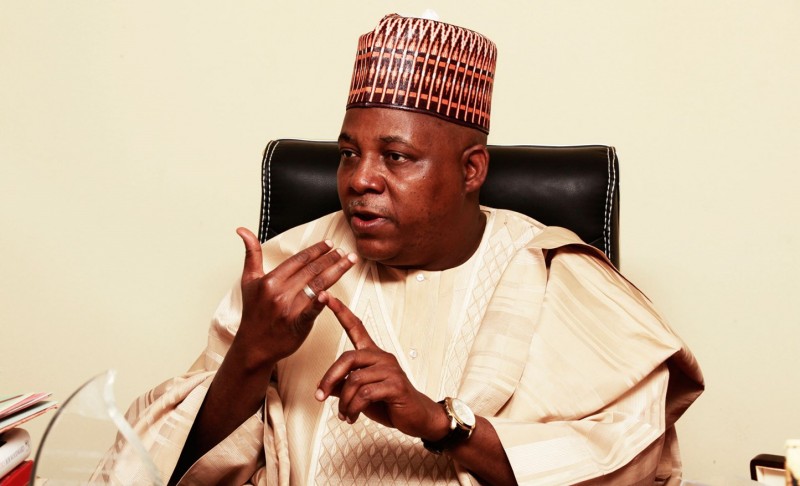 It is no longer news today that Boko Haram, the Nigerian militant group, has, over the years, wrecked devastating havoc in Nigeria and its neighboring countries through a wave of unpopular bombings, assassinations and abductions, with the North- Eastern states of Borno, Adamawa and Yobe mostly and deeply affected.

The level of socio-economic and infrastructural damages and ruins the activities of Boko Haram engendered in the country is quite huge. A recent report from the World Bank puts the cost of destruction at $5.9 billion. Some other corresponding statistics reveal that Borno State was home to majority of the more than the 2million internally displaced persons in the country- with over one million houses, a good number of classrooms and school buildings, local government and ministry buildings, as well as power sub-stations and distribution lines severely destroyed.

The counter-activities and responses of the Federal Government of Nigeria especially in recent times towards defeating the sect, such as its efforts to strengthen and intensify the military and its campaign through coalition with its neighbours, has sustainably and overwhelmingly weakened and suppressed the terror group, degrading its capacity to launch spectacular attacks across the West African nation.

Additionally, it is impressively commendable that the federal government is also making efforts- honest significant efforts, to rebuild the region and address the socio-economic challenges and developmental destructions in state precipitated by Boko Haram.

However, in projecting the recent remarkable successes of the country in addressing the menace, returning and restoring peace, as well as addressing the socio-economic and developmental challenges in the North-Eastern part of Nigeria, it is of importance to note the contributions of the Kashim- Shettima-led Borno State as it could easily be said that without the remarkable financial, material, logistics and intelligence support from Borno State, Nigeria would not have achieved the level of success it has achieved against Boko Haram.

In working with the Federal Government, the military, and other public and security agencies as stakeholders, the state had spent over N10 billion as at 2015 to boost the military campaign against insurgency- according to the Secretary to Borno State Government, Ambassador Baba Ahmed Jidda during an interactive session with journalists. This is contrary to the wide believe or opinions of many Nigerians that the Government of Borno State has made little or no contributions in the war against Boko Haram.

In spite of the fact that funding for security is exclusively the responsibility of the Federal Government- which should have obviously been the more reason for the state government to wear a laissez-faire attitude- the state government notwithstanding had laudably spent such a substantial amount of money for the procurement of armoured personnel carriers, patrol vehicles, hundreds of trailers of petroleum products, provision of material logistics and intervention in the area of accommodation to support security agencies.

With these, the Government of Borno State has demonstrated its commitment towards ensuring and fostering peace and security in the state as lack of security of lives and property of the citizenry is a severe hindrance to meaningful socio-economic development.

Even as the war is successfully coming to an end with emphasis and pressure on the government to rebuild the region, the government of Borno has already started implementing its significant plans and programmes to rehabilitate and reconstruct the people and the state across the sectors.

In the health sector, for instance, it is on records that before the peak of the insurgency, all the hospitals in the state were functional with the medical equipment in them intact. Of about 38 secondary health facilities in the state, 18 among them were completely destroyed by the sect.

As part of efforts to rebuild the state, it is overwhelmingly interesting that the Borno Government has spent N600 million to rehabilitate and upgrade the 18 secondary health facilities that were destroyed, according to Dr Salisu Kwayarbura, the Chief Medical Director of Borno State Hospitals Management Board in an interview with the News Agency of Nigeria (NAN) in Maiduguri a couple of months ago.  This is a huge feat the government has achieved to improve the access of the people of Borno to quality healthcare services.

While the military continue in its immeasurable efforts to towards the release of the 273 abducted Chibok girls, the 2014 incident by Boko Haram that has left parents traumatized, the governorment of Borno continuously demonstrates its love and support for victims and parents. Thus, it set aside N150 million to fund a rehabilitation programme for the Chibok schoolgirls, who escaped from the captivity of the terrorists, and for support to parents whose sources of livelihood have been truncated by the trauma and left with little or nothing to feed on.

Furthermore, as 90 per cent of the people could not cultivate their farmland due to insecurity which posed a serious threat to food security in the state, the government of Borno spends N600m monthly to feed people displaced by Boko Haram, according to the deputy governor of the state in 2014. Furthermore, the government evacuated about 43,000 IDPs of Borno indigene from Adamawa to Maiduguri, the Borno state capital, placing them under the care, support and protection of the state, as a responsible government.

Indeed, it is worthy of emphasis that the government of Borno State of Nigeria under the leadership of Governor Kashim Shettima has undoubtedly, unarguably, and evidently positioned itself as a model of responsible governance, and an institution  with the interest of the people at heart. Though faced with economic challenges as a result of the shortfalls in revenue, like some other Nigerian states, the government is nonetheless still committed relentlessly towards delivering good governance, rehabilitating and resettling the people, as well as reconstructing the state.

In this light, the state has dedicated 70 percent of the 2016 budget for capital expenditure, tailoring the budget to meet the basic necessities of people. The Ministry of Education got the highest allocation with a number of schools expected to be reconstructed. The Ministry for Reconstruction, Rehabilitation and Resettlement is next on the priority list with huge allocation as it is significant to rebuilding the state.

The government is also focusing on the agriculture and transport and others key sectors as it seeks to enhance food security and improve logistics in the country, foster trade and investment, access to healthcare, alleviate poverty, and empower women in the state- thus, ultimately healing the state of its wounds.