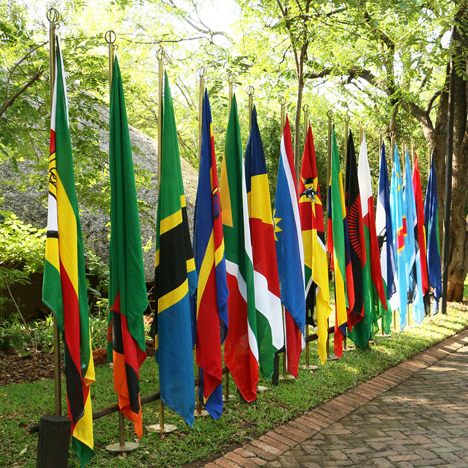 The announcement by Botswana that it is ready to sign a regional protocol that advances gender equality and equity signals another important step towards the empowerment of women and sustainable development in southern Africa.

Botswana is one of two Member States of the Southern African Development Community (SADC) that have not appended a signature to the Protocol on Gender and Development, but the government released a statement on 27 April stating that it has decided to sign the instrument, which was recently revised post-2015.

“The Ministry of Nationality, Immigration and Gender Affairs, which is responsible for, amongst others, promotion of gender equality and women empowerment, wishes to inform citizens of Botswana and the public at large that the Government of Botswana has taken a decision to sign the Revised SADC Protocol on Gender and Development,” reads part of the statement.

The Revised SADC Protocol on Gender and Development provides for the empowerment of women, elimination of discrimination, and the promotion of gender equality and equity through gender-responsive legislation, policies, programmes and projects.

The protocol was revised last year so that its objectives are aligned to various global targets and emerging issues.

Some of these global targets are contained in the post-2015 UN Sustainable Development Goals (SDGs), the African Union (AU) Agenda 2063, and the Beijing Declaration and Platform for Action.

SDG Goal 5, for example, deals with the Promotion of Gender Equality and Empowerment of all Women and Girls, and sets nine targets to be met by the global community by 2030.

These include ending all forms of discrimination against women and girls; elimination of all forms of violence against women and girls in the public and private spheres, including trafficking and sexual and other types of exploitation; elimination of all harmful practices, such as child, early and forced marriage, and female genital mutilation; and ensuring the full and effective participation of women and equal opportunities for leadership at all levels of decision-making in political, economic and public life.

Other SDG Goal 5 targets include universal access to sexual and reproductive health and reproductive rights in accordance with the Programme of Action of the International Conference on Population and Development and the Beijing Platform for Action, and the outcome documents of their review conferences; and a committee to undertake reforms to give women equal rights to economic resources, as well as access to ownership and control over land and other forms of property, financial services, inheritance and natural resources, in accordance with national laws.

The revised protocol also captures emerging issues such as climate change and child marriages. Child marriages are one of the contributing factors to the slow progress in the reduction of maternal mortality, but the definition of a child by age remains controversial.

The revised protocol that was approved by the 36th SADC Summit held in Swaziland in August 2016 sought to align the protocol with provisions of other instruments such as those relating to sustainable management of the environment, and the SADC Industrialisation Strategy and Roadmap.

“The Revised Protocol’s targets are more realistic thereby taking into consideration Botswana’s concerns. Furthermore, the Protocol has been harmonised with other SADC Instruments to optimize resources and avoid duplication,” Botswana said in a statement. Botswana said while the country was “not party to the Protocol, the Government remained committed to its ideals and purpose.”

The announcement by Botswana to sign a regional protocol means that Mauritius is the only SADC Member State that is yet to sign the protocol.

The SADC Protocol on Gender and Development entered into force in 2013 following the ratification of the instrument by the requisite two-thirds of Member States.

The Democratic Republic of Congo and Madagascar signed the protocol but are yet to ratify.

The process of approval of a regional legal instrument requires, first, signing, and then ratification, a process that differs from country to country. A protocol “enters into force” following ratification by two-thirds of SADC member states or at least 10 countries. This advances the regional law from being a stated intention to actual application.

Gender equality is firmly rooted in SADC’s regional integration agenda and member states support the fundamental principle that both women and men must be equally engaged in decision-making at all levels and in all positions of leadership.

Most countries in the region now recognise that gender equality and the empowerment of women are crucial for the attainment of sustainable democracy.

This is reflected in the constitutions of most SADC countries that provide legal frameworks for non-discrimination on the basis of gender differences.

A few countries have also legislated affirmative action and quota systems that guarantee the participation and representation of women in political and other decision-making positions.

According to the SADC Gender and Development Monitor 2016, four SADC countries are among the top 20 in the world with the highest number of women in Parliament.

These are Seychelles, South Africa, Namibia and Mozambique, followed closely by Angola, Tanzania and Zimbabwe.

The publication, launched at the 36th SADC Summit held in Swaziland in August 2016, also reveals that the number of women in decision-making positions is increasing in most SADC Member States.