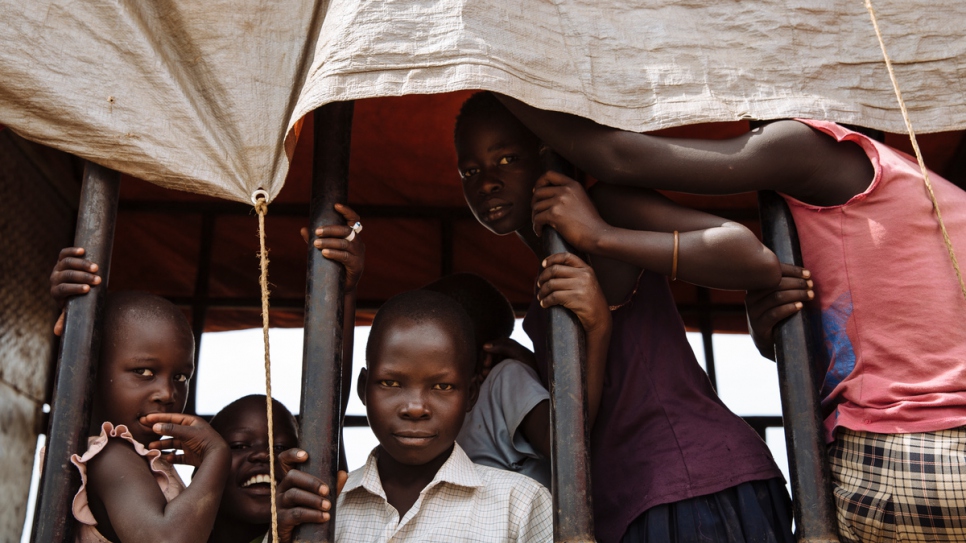 Another 1 million South Sudanese children are displaced within the country, having fled their homes due to the civil war, said the U.N.’s child and refugee agencies in a statement.

“The future of a generation is truly on the brink,” said Leila Pakkala, UNICEF’s Regional Director for Eastern and Southern Africa. “The horrifying fact that nearly one in five children in South Sudan has been forced to flee their home illustrates how devastating this conflict has been for the country’s most vulnerable.”

Roughly 62 percent of refugees from South Sudan are children, according to the U.N. statement, and more than 75,000 children are alone or without their families. Roughly 1.8 million people have fled South Sudan in total.

For children still living in South Sudan, the situation is still grim. Nearly three quarters of children are out of school, according to the U.N. statement, which is the highest out-of-school population in the world. An official famine was declared in two counties of South Sudan in February, and hundreds of thousands of children are at risk of starvation in the absence of food aid, according to the U.N.

More than one thousand children have been killed or wounded in the East African nation’s civil war. Both sides have pledged not to recruit child soldiers, but have ignored their promises.