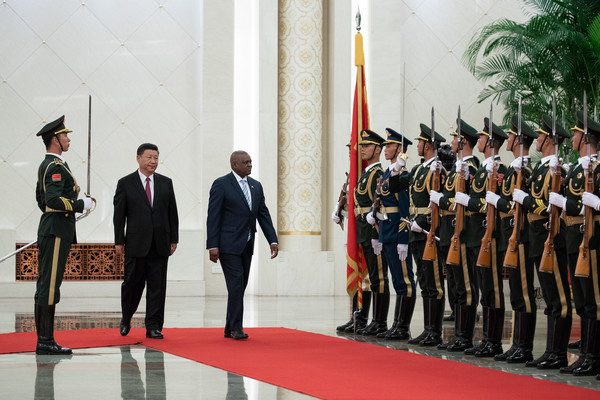 China has agreed to extend a loan to Botswana for rail and road infrastructure as well as writing off some debt, Botswana’s President Mokgweetsi Masisi said on Saturday.

Speaking at the airport on his return from this week’s China-Africa forum in Beijing, Masisi said Botswana had made a pitch to China and “I am happy to report that, judging from what President Xi Jinping told me, we were successful”.

In addition to the loan and a debt cancellation of 80 million pula, China has also offered a 340 million pula ($31 million) grant, he said.

“We got a little bit more than just the loan,” he told reporters.

He did not disclose the size of the loan, but last week the ministry of finance said Botswana was seeking a 12 billion pula ($1.09 billion) loan for transport infrastructure.

Botswana is the world’s leading producer of diamonds by value. Chinese companies, mostly state owned, are largely into construction in Botswana such as dams and roads.

The bulk of the loan is expected to fund the Mosetse-Kazungula railway line project, which will link the central part of Botswana to the tourism hub in the northwest.

The railway line will also promote regional trade as it will connect Botswana to Zambia via the Kazungula Bridge, currently under construction.

China’s Xi offered another $60 billion in financing for Africa on Monday and wrote off some debt for poorer African nations, while warning against funds going toward “vanity projects”.