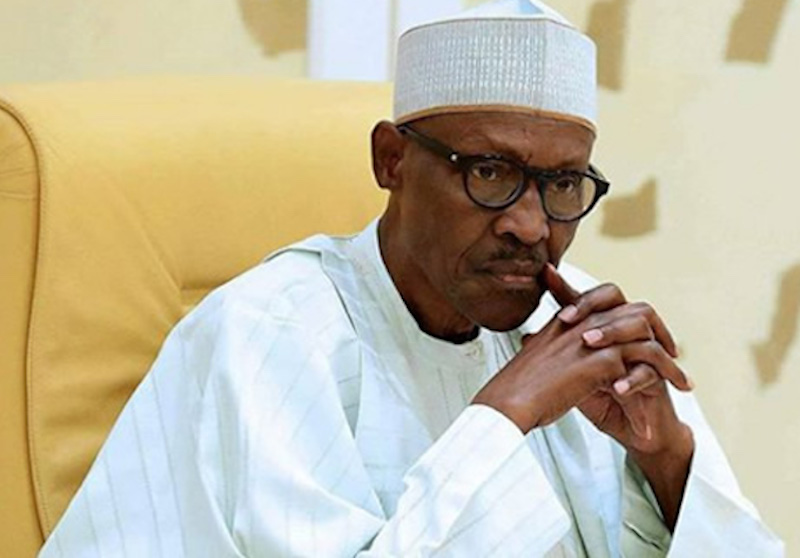 I have spent quality time reading the memo of President Muhammadu Buhari to the National Assembly dated August 30, 2018, justifying why he declined assent to the reworked 2018 Electoral Act Amendment Bill. For me, most of the points cited by the President for declining assent were largely drafting issues and inconsequential. They do not substantially outweigh the good things the alteration bill seeks to enthrone. These drafting issues should not have warranted an outright rejection of a bill that aims at a credible and transparent election for this country.

The other objection to the bill by the president, which I find preposterous, was his opposition to the proposed deadline to political parties for submition of the names of their candidates. Clause 87(14) of the bill, gives political parties between 90 days and 120 days to elections as the latest period to submit names of their candidates. The president objected, saying if retained, INEC will be left with only nine days to compile the list of candidates of the 91 registered political parties for the 2019 election, which he felt would be insufficient for the electoral body. Haba! In this technological era, INEC would need just few hours to do such compilation. Besides, what would appear on the ballot papers would be the names of the parties and not candidates. So, it would not pose any logistic problem for the election umpire.

The amendment bill, if signed into law, would have given legal teeth to the use of card readers. This rejection, clearly contradicts our President’s consistent avowal to deliver a trustworthy election next year. As noted by the Supreme Court in an appeal by Dakuku Peterside challenging the election of Nyesom Wike, legalising the card reader will boost the accuracy and transparency of the election accreditation process and maintain the democratic norm of one man, one vote, by detecting multiple voting. The lawmakers aim to actualise the dream of the apex court and the entire country in this direction with the rejected amendment bill.

There are other sections in the rejected election bill that would have enhanced our democracy. The bill also provides for mandatory electronic transmission of results.

It is pertinent to note that when our president refused to sign the first version of the bill into law, an obviously committed National Assembly took it back and removed the clauses the President had opposed, including the one that re-ordered general elections sequence. The Deputy President of the Senate, Ike Ekweremadu, was very clear about this during the adoption of the report on the revised bill. Ekweremadu, who presided at the session, noted then: “From the report we have here, it means that those areas that appear to be controversial or where the president had some issues, no matter how we feel, whether we like it or not, whether we believe in what he said or not, that is not the issue now; what is important now is that to save the other provisions (clauses), our committee resolved to remove those aspects. They may come up maybe some other time but for now, they are not part of this process. That has been removed to make the rest non-controversial.”

I guess this was why the opposition PDP said it was obvious, all along, that the president would not sign the bill because “some of its provisions will inhibit the capacity of the APC to compromise the 2019 general election.”

The National Assembly must not allow this revised version of the Electoral Act to die. Transparent poll is a vital part of any democracy. Once they resume plenary on September 25, our lawmakers must take steps to override the president’s veto, in accordance with the provisions of the constitution. There will be very little or no chance of this bill becoming a law, even if they still expunge new areas the president is opposed to.

On the one hand, the Buhari administration has been running round the globe in search of foreign investors, while on the other hand, existing foreign investors are persistently pummeled and made to regret investing in the country. The travails of MTN Nigeria in the hands of multiple Nigerian government agencies is a good example of this bundle of contradictions by the Nigerian government. I wonder how this government expects potential investors to feel about this tenacious, outrageous and unfair bashing of MTN Nigeria. I’m still struggling to comprehend how it expects the firm to cope with over $10 billion bill. Is this not a deliberate attempt to decapitate MTN Nigeria for selfish reasons?

The latest in the series of sledge hammers on MTN Nigeria came from the notorious Attorney General and Minister of Justice, Abubakar Malami, who is demanding for the immediate payment of $2 billion “unpaid taxes” from the multinational firm. He calculated that MTN Nigeria should have paid approximately $2 billion in taxes relating to the importation of foreign equipment and payments to foreign suppliers over the last 10 years.

I wonder what Malami’s business is with calculation and collection of taxes. I thought the Federal Inland Revenue guys and the Ministry of Finance should be doing this. Tax Service should be raising tax queries. This is the global standard. There is an obvious hidden agenda here. Well, that aside, before this $2,0 billion demand, Malami had engaged MTN Nigeria and the firm submitted a comprehensive response, backed with documents, but Malami rejected the evidence of tax remittance presented and issued a draconian notice of intention to recover the $2.0 billion from MTN Nigeria.

Earlier on August 29, MTN Nigeria received a memo from the CBN alleging that Certificate of Capital Importations issued in respect of the conversion of shareholders’ loans in MTN Nigeria to preference shares in 2007, had been improperly issued. The CBN subsequently ruled that historic dividends repatriated by MTN Nigeria between 2007 and 2015 amounting to $8.1 billion must be refunded to the CBN. Facts on ground do not support this allegation. Just as the telecoms company stated, “No dividends have been declared or paid by MTN Nigeria other than pursuant to CCIs issued by our bankers and with the approval of the CBN as required by law.”

It is pertinent to note that the senate’s investigation into the CCI matter, and the multiple tax assessments of MTN Nigeria done by our tax authorities did not find MTN Nigeria culpable. Suddenly, these matters are being reopened.

The Senate in 2016 mandated its Committee on Banking, Insurance to carry out an all-inclusive investigation on compliance with the Foreign Exchange Act by MTN Nigeria. In its report issued in November 2017, the finding was that MTN did not conspire to break our foreign exchange laws.

Exposing Our Gallant Soldiers
The military authorities have been evidently economical with the truth concerning the Boko Haram attack on an army post in Zari, Guzamala Local Government Area of Borno State, 10 days ago. While the army has denied the heavy casualty on its side, unofficial sources in the village, located close to the border with Niger Republic, revealed that Nigerian soldiers were left exposed and that scores of our gallant soldiers were killed by the terrorists. Hundreds of Boko Haram fighters in trucks stormed the base and briefly seized it after a fierce battle.

At least 30 Nigerian soldiers were initially said to have been killed during the raid.

Military sources in Maiduguri also revealed to AFP on Monday that the death toll had risen to 48. The sources said: “The casualty toll now stands at 48 with the recovery of 17 more bodies of soldiers in surrounding bushes in Zari by search and rescue teams. Search operations are still ongoing and more bodies are likely to be recovered,” a military source who did not want to be named told AFP.

Another military source confirmed the new death toll: “So far, the bodies of 48 troops have been recovered. Yesterday, rescue teams found 17 bodies of fallen soldiers. When the troops were overwhelmed by the terrorists they withdrew in different directions,” he said, adding that they included two officers and 46 soldiers.

I still can’t understand why the military authorities think they can cover up this massacre of our soldiers. It can’t happen in this era of social media. It seems that they have also forgotten that these fallen heroes have families, friends and relations, who will willingly, give information to the press. It is a shame that our heroes are persistently exposed and cheaply killed by these terrorists.

The soldiers and officers killed in Zari were obviously exposed and did not get reinforcement when they were overwhelmed. This happens persistently to our ill-equipped and ill-motivated heroes. Unfortunately, there is no hope that this will end very soon.

For how long shall we continue to bury our gallant soldiers? For how long shall Boko Haram continue to kill them cheaply? The embarrassing invasion of a military base in Garunda, Mobar Local Government Area of Borno State, by the terrorists remains fresh in our memory. They looted weapons and vehicles from the Garunda military base, killing 17 soldiers while unspecified number of soldiers is yet to be accounted for.

Again, early last month, Boko Haram ambushed a military convoy in Bama, Borno State. In the ensuing fight, scores of soldiers from the 21 Brigade and some Civilian JTF members were feared killed. Also, on July 14, the terrorists attacked a military base in Jilli village, Geidam, Yobe State, killing dozens of soldiers, with many others injured. Boko Haram simply overwhelmed men of the 81 Division Forward Brigade located in the village. All the lies about having degraded Boko Haram have collapsed like a pack of cards.