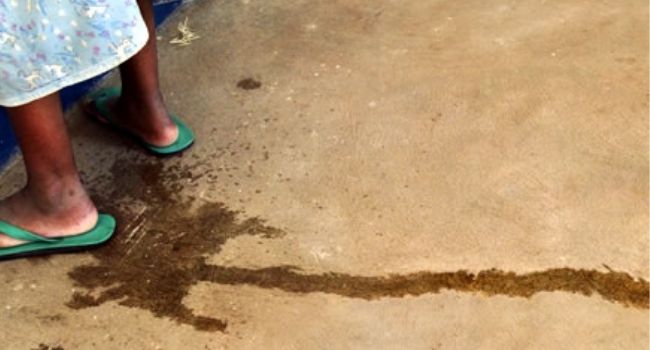 Halima, a young girl from northern Nigeria, was only 16 when she got pregnant. She carried the pregnancy to full term, but because of the distance to the hospital, she opted to give birth at home with the local midwife in attendance, but there were complications.

She laboured for four days. After a prolonged labour, she delivered a stillborn child. However, the long delivery left her with a childbirth injury- an obstetric fistula.

Halima’s tragedy did not end there. It had just begun. The fistula sustained during childbirth caused urine to leak inconsistently, making her smell.

The ensuing smell from her inconsistent bladder left her ostracized. The man who had taken her as a wife neglected her and often forced her out of the house. She had no friends in her neighbourhood, and when she attended public functions, she sat alone. When she went to the market, other girls mocked her.

Halima’s story represents the plight of millions of women and girls worldwide.

An obstetric fistula is a hole between the vagina and rectum or bladder caused by prolonged and obstructed labour, leaving a woman incontinent of urine, faeces, or both.

Without emergency intervention, complicated labour can last up to six or seven days and produces contractions that push the baby’s head against the mother’s pelvic bone.

The soft tissues between the baby’s head and the pelvic bone are compressed and do not receive adequate blood flow. The lack of blood flow causes this delicate tissue to die, and where it dies, a hole is created between the labouring mother’s bladder and vagina or between the rectum and vagina. This is what produces incontinence in a fistula patient.

Tragically, there is a strong association between fistula and stillbirth, with research indicating that approximately 90 per cent of women who develop obstetric fistula deliver a stillborn baby.

Obstetric fistula occurs mainly among the poorest and most marginalized women and girls, especially those living far from medical services and those for whom services are not accessible, affordable or acceptable.

The condition has been virtually eliminated in industrialized countries through the availability of timely, high-quality medical treatment for prolonged and obstructed labour – namely, Caesarean section.

Childbearing in adolescent girls before the pelvis is fully developed, twin pregnancy, the baby’s breech position, malnutrition, small stature, and generally poor health conditions are among the physiological factors contributing to obstructed labour. However, any woman may experience obstructed labour, including older women who have already had babies.

Consequences for Women and Young Girls

Obstetric fistula is a little-known social affliction that is highly stigmatized within society. It is associated with devastating lifelong morbidity with severe medical, social, psychological and economic consequences.

Presently, more than two million women worldwide suffer from untreated obstetric fistula and for every woman that gets treatment, at least fifty do not.

When not treated, obstetric fistula causes chronic incontinence and can lead to other physical ailments, including frequent infections, kidney disease, painful sores and infertility.

The physical injuries combined with misperceptions about the cause of fistula often result in stigma and discrimination, leading to social isolation, psychological harm and mental health issues. Like Halima, women and girls with fistula are often unable to work. Many are abandoned by husbands and families and ostracized by their communities, driving them further into poverty and vulnerability and decreasing their quality of life.

The reality of most fistula patients calls for urgent action. Reconstructive surgery can usually repair a fistula. Unfortunately, the women and girls affected by this injury often do not know that treatment is possible, cannot afford it or cannot reach the facilities where it is available. There is also a shortage of highly trained and skilled surgeons to perform the repairs. Tragically, at the current rate of progress, many women and girls living with fistula today could die before ever being treated.

Counselling and other forms of support – such as livelihood skills, literacy, job training and health education – may also be necessary to help women reintegrate into their communities, rebuild their lives, and regain their dignity and hope after surviving fistula.

How We Can Stop Obstetric Fistula

Prevention is the key to ending fistula. For decades, the United Nations Population Fund, UNFPA, has led a global campaign to end fistula. UNFPA is not alone in this campaign. NGOs have been at the forefront of the campaign to end Obstetric Fistula, especially in rural communities.

Ms Anthonia Erinfolami-Daniel (Esq.) is CEO of Theios Caregivers Initiative. She is an ardent girl-child activist who has led several campaigns across rural communities in Nigeria.

She told African Leadership Magazine that Obstetric Fistula does not receive enough attention compared to other ailments associated with women and girls. She said if this continues, it could become the leading cause of maternal mortality. To ensure this does not become the case, there are many ways to stop fistula.

She highlighted and explained some of these ways.

Promote education and broader human rights (Encourage increased awareness of the girl child’s rights): This is another critical point we need to work on in our rural communities. There should be aggressive advocacy for the right to education for young girls. Culturally, some still believe a woman’s place is in the kitchen, so what is the essence of educating a girl child. This practise should be stopped, and laws prohibiting child marriage must be brought to the doorstep of those practising the same.

Continuous advocacy and sensitization are very important: In today’s society, the government doesn’t recognize the existence of those in rural communities, especially the hard-to-reach regions. This is a leading factor in their not having adequate access to vital information. NGOs, FBOs and CBOs have put in efforts to get to the regions in terms of intervention but is it adequate? No. Our government should support NGOs, FBOs and CBOs to increase awareness. It should not only be during elections when their votes are needed.

Eliminate gender-based social and economic inequalities: Gender inequality can be conceptualized as a source of inefficiency. It results in the misallocation of productive factors such as talent or labour and as a source of negative externalities. Our society is that which sees the female gender as a vulnerable one and as one that has no say in what is happening in the home or community. Women should be allowed to take decisions affecting their lives.

Gender equality can enhance economic productivity, improve development outcomes for the next generation, and make more representative institutions and policies.

What are the common barriers to reproductive health?

The negative attitude of providers and society, lack of trained providers, assumptions and inadequate knowledge amongst providers, communication limitations, inaccessible facilities, high cost of care, unnecessary referrals and risk factors such as low income.
Access to good health care services is a constitutional right in Nigeria, but unfortunately, this right is among those trampled on. Health centres in urban areas are nothing to talk about, so you can imagine what the rural areas will be.

People now patronize private health centres for care; what happens to the vulnerable?
Ms Erinfolami-Daniel concluded that beyond prevention, a holistic approach that addresses the psychosocial and socioeconomic needs of fistula survivors is required to ensure full recovery and healing.

She emphasized that the continued occurrence of obstetric fistula is a human rights violation, reflecting the marginalization of those affected and the failure of health systems to meet their needs. Their isolation often goes unnoticed by policymakers, and little action is taken to address or prevent their condition. As a result, women and girls suffer needlessly, often for years, with no hope in sight.