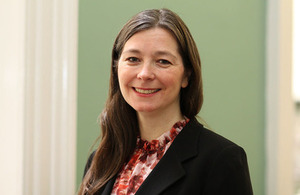 British High Commissioner to Botswana, Ms Katy Ransome, says it is important to have more women in politics because they bring different perspective on issues and things that they discuss.

Speaking at a reception to welcome 44 women from 11 constituencies, who attended the first of the five women in politics workshops, September 16, Ms Ransome said bringing more women in politics also helped in broadening voices, opinions and experience in decision making, which better reflected the breadth and diversity of the society- leading to better and more inclusive policies.

“So, it is very important that we have as many different voices from different backgrounds, not just on gender, but also on socio economic, education and attitude. In that way, we really represent the society that we live in,” she said.

The British High Commission has organised workshops for women in politics across the political divide in Botswana to capacitate them in political issues.

Thus, Ms Ransome explained that such workshop were a chance for women in politics to network saying “networking is vital in the world.”

She added that workshops were not about party politics, but specifically for women in pre-election training.

“These workshops are not about party politics, but about you as individuals. We want to give you some practical tools to help you on your journey into the national political arena,” she said.

Such workshops, which British High Commission is running with the Westminster Foundation for Democracy, UK’s leading democracy-strengthening organisation, are expected to benefit women in politics from all the 57 constituencies countrywide.

In 2015, a two-day workshop was held in Gaborone which facilitated dialogue across all political parties, relevant stakeholders and civil society organisations on ways of exploring strategies to increase female participation in politics and in public life.

Following recommendations from the previous workshop, a resolution was reached that there was need to capacitate women across the political divide countrywide.

Therefore, the first workshop, Ms Ransome said was timely, given that September 15, was International Day of Democracy whose main purpose was to promote and uphold democracy “which we know in many countries has been shrunk.”

Meanwhile, Ms Ransome encouraged participants to give the feedback saying, “because we want it to be useful to you. So, please let us know what we can do to change and develop the programme because its success would be in the success of you entering the political space,” she said.

“Britain has not done any better than we have in terms of making sure that there is enough numbers of women in the House of Commons, in particular.

But, we must acknowledge that they recently had their second female Prime Minister,” Mr Saleshando said.

Botswana however, he said was still to have a female presidential candidate, adding “not only a token candidate, but a candidate who will run for office with a clear chance of occupying the State House.”

As a nation, he said Botswana cannot be proud of its records with regards to gender balance in political leadership.