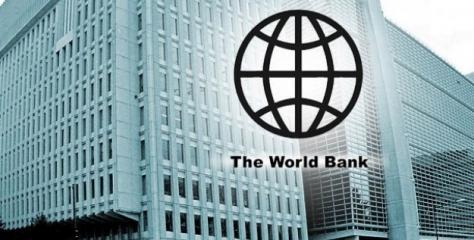 If drug-resistant infections in people and animals are allowed to spread unchecked, some 28 million people will fall into poverty by 2050, and a century of progress in health will be reversed, the World Bank said on Monday.

By 2050, annual global GDP would fall by at least 1.1 percent, although the loss could be as much as 3.8 percent – the equivalent of the 2008 financial crisis – the Bank said in a report released ahead of a high-level meeting on the issue at the United Nations in New York this week.

The rise of “superbugs” resistant to drugs has been caused partly by the increased use and misuse of antibiotics and other antimicrobial drugs in the treatment of people and in farming.

“We cannot afford to lose the gains in the last century brought about by the antibiotic era,” Tim Evans, the World Bank’s senior director for health, nutrition and population, told the Thomson Reuters Foundation.

“By any measure, the cost of inaction on antimicrobial resistance is too great, it needs to be addressed urgently and resolutely,” he said.

Greater quantities of antibiotics are used in farming than for treating people, and much of this is for promoting animal growth rather than treating sick animals, economist Jim O’Neill said in a report in May commissioned by the British government.

The O’Neill report estimated that drug-resistant infections could kill more than 10 million people a year by 2050, up from half a million today, and the costs of treatment would soar.

Farmers too will be greatly affected. The bank estimates that by 2050, global livestock production could fall by between 2.6 percent and 7.5 percent a year, if the problem of drug resistant superbugs is not curbed.

Improved disease surveillance, diagnostic laboratories to ensure a disease is identified quickly, inspections of farms and slaughterhouses, training of vets, and oversight over the use of antibiotics are also needed, he said.

The U.N. Food and Agriculture Organization (FAO) estimates 60,000 tonnes of antimicrobials are used in livestock each year, a number set to rise with growing demand for animal products.

One of the most important ways to curb the spread of drug resistant microbes in food is to promote good farming practices, said Juan Lubroth, chief veterinary officer of FAO.

“I think this is where we can do most of our prevention – better knowledge on hygiene, vaccination campaigns, so these animals do not get sick and need antimicrobials (drugs),” Lubroth said in an interview from Rome.

Public demands for food that is uncontaminated, and better training of health professionals – doctors and vets – are also vital to help contain the problem, he added.

Hospitals and pharmaceutical companies also need to do more to treat their waste, he said.

The World Bank estimates that an investment of some $9 billion a year is needed in veterinary and human health to tackle the issue.

“The expected return on this investment is estimated to be between $2 trillion and $5.4 trillion … or at least 10 to 20 times the cost, which should help generate political will necessary to make these investments,” Evans said.