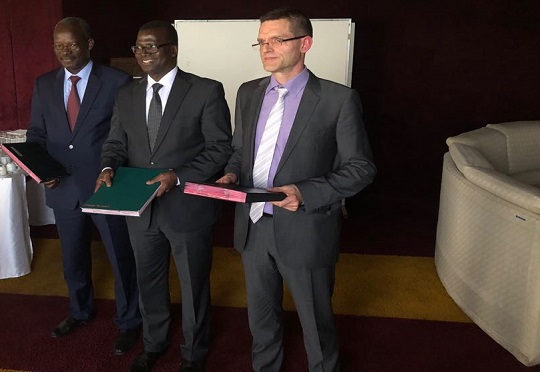 The General managers of SITARAIL, Quentin Gerard, the Ivorian Refining Company (SIR), Thomas Camara and the Burkinabe National Hydrocarbons Company (SONABHY), Hilaire Kabore, have penned an agreement to develop the distribution and transport of petroleum products.

The agreement, which was held at the premises of the SIR in Abidjan in the presence of Éric Melet, CEO of Bolloré Railways, is part of the 6th conference of the Treaty of Amity and Cooperation (TAC).

This development mirrors the will of the States of Côte d’Ivoire and Burkina Faso to strengthen their economic relations. They also aim to increase and secure the traffic of petroleum products by rail to the SONABHY depots in Bobo Dioulasso and Ouagadougou, while optimizing transport costs.

Sitarail will invest several billion CFA francs for the provision of railway equipment to carry out this traffic.