African Leadership Magazine
Home Entrepreneurship BUSINESS SUCCESS STORIES: From The Boot Of A Car To A Million... 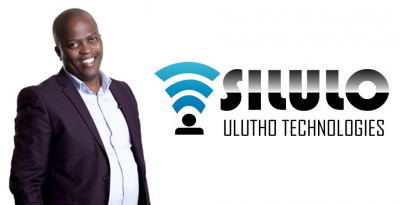 When Luvuyo Rani and his brother Lonwabo decided to sell PCs out of the boot of a car to teachers in townships – no one believed they would succeed. Ten years later they’ve significantly expanded their business – Silulo Ulutho Technologies – with plans to list on the JSE in 2024 and a turnover of around $1.8 million a year.

It all started, in 2004, when South Africa’s government introduced the new outcome based curriculum while Luvuyo was teaching at Kwamfundo Secondary School in the township of Khayelitsha in the Western Cape, South Africa. This curriculum was aimed at teaching learners computer skills that many of the teachers did not have. He quit his teaching job and began selling computers from the back of a little Corsa Lite to schools in the township.

“Nobody took me seriously when I asked to do presentations and others were saying, ‘You’re not okay, you’re mad, you can’t be selling second hand computers.’”

But that did not deter him. He soon realised the power of Stokvels, an informal savings pool or syndicate, in which money is contributed in lump sums on a rotational basis for family needs. Luvuyo clustered the teachers in groups of six where they contributed $35 every month. Within six months of starting the scheme, each teacher had their own computer.

His brother, Lonwabo, helped him take out a $900 loan to start the business which was flourishing. The following year, the brothers were selling around 35 computers a month. But soon their customers were returning the computers for repairs and maintenance, which the brothers took to their supplier because they didn’t know how to fix them. Luvuyo had a background in teaching while his brother was trained as an engineer.

“We realised that we needed to have someone and we didn’t have money to pay someone to work for us. So, we decided to get someone to become a partner, in terms of a shareholder, because he’s had the expertise and the know-how,” Luvuyo says.

This is when they hired Sigqibo Pangabantu.

With Pangabantu now fixing the computers, Rani realised that the teachers couldn’t use them. The next step was to establish a computer centre where they would train the teachers on how to use the computers, which created another revenue stream. His sister-in-law, Nandipha Mtshoba, joined the team to help in marketing this new venture, while the brothers began looking for space to host the computer centre. They saw an opportunity in a mall that was being built. This was the perfect site, near a main road in the township. But their dream soon came crushing down on them. They were blacklisted and they did not have enough cash to open an internet café.

“They didn’t give us the space. We were disappointed. We met one of the tenants in the mall who was selling electricity and Vodacom phones and he had about 30 square meters of space and we asked this guy if we could use it to open the internet café. He said we must come back in two weeks,” says Luvuyo.

When they returned, the man wanted to charge them $375 to rent the space. It was a steep amount for a business that used the boot of a car as an office. They were deep in debt and even the bank was on the verge of repossessing the car and Luvuyo’s house.

Eventually, their computer supplier saved them and the brothers were able to set up their first business centre in February, 2006. Things seemed to be getting on the right track.

For six months it felt like time stood still. They were receiving threats of eviction and they were behind with payments for suppliers.

They were no longer selling computers to schools because people in the townships didn’t know how to use computers. Rani set up short computer courses on the basics of Microsoft office, the internet and email but they sat in the business centre, waiting for customers who were just not coming.

Through their enterprise development programme, the internet service provider, MWEB, sponsored around $45,000 a year which was used to open seven new business centres.

Today, Silulo Ulutho Technologies boasts 33 centres divided between the Western Cape and Eastern Cape, where the brothers were born. Luvuyo says it is looking to raise funds so its staff can buy franchises.  The brothers also plan to expand to Gauteng.

Another company recently approved a $450,000 loan for Silulo to begin the franchising model and ten stores will be handed to current employees in the next three years. The staff will own 50% of the business centres until they are able to stand on their own feet, at which point they will be able to buy-out the rest of the franchise from the founders.

“Most of these guys were students of ours and started working as consultants, brand managers and others regional managers. Now they will become owners of these businesses. It’s not only just the four of us becoming the next billionaires, we’re creating other entrepreneurs,” he says.

“We really want to make an impact in the township, in the sense that, people in the rural areas need to have key role models they can learn from [and realise] that it’s possible to start from nothing and build something.”

Silulo wants to be in every township in South Africa and even venturing into the rest of the continent in the next ten years. Luvuyo says they also want to list on the Johannesburg Stock Exchange by 2024.

He is a man on a mission; taking on challenges in his stride and learning in the industry as he goes along.

“I didn’t get training in IT. I just surrounded myself with my brother who is an engineer and Sigqibo who is in IT. This taught me that you don’t have to be in IT to run a business in IT,” he says.

Rani grew up working in his mother’s shebeen, a drinking hall in townships, where he learned the trade of dealing with customers, selling and managing a business that has helped him run his own business.

He says you need to understand your business’s unique challenges to become a successful entrepreneur.

“We’re trading in Khayelitsha, where the employment rate is 60% and there’s no money. You need to be very smart in terms of how we get money and get people to pay. Some of the people coming for our services are dependent on social grants from government. They save that money for themselves to get a computer and better employment,” he says.

The brothers have proven that they can be successful in anything they put their minds to.