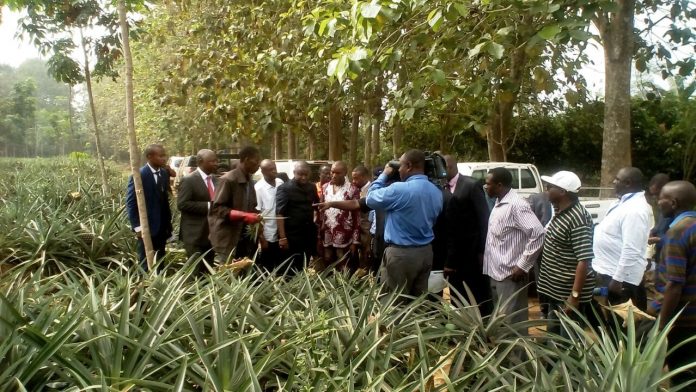 Farmers in Cameroon who have benefited from a government-run support scheme called AGROPOLE,  are reaping profits from the scheme which provided training and funds for farmers to process and market spices and other forest-grown plants, to boost incomes and jobs, while conserving trees and limiting climate change. The project, introduced in 2015, has enabled farmers make more money.

Lucy Muke, a farmer in Mbalmayo in south-central Cameroon said she harvested and processed a dozen 10kg (22lb) bags of pepper that sold for 600,000 Central African francs ($975). A bag of fresh pepper fetches 20,000 francs, but when processed into a liquid and bottled, farmers get as much as 50,000 francs for the same weight.

In the past, Muke and her peers lost much of their fresh produce through spoilage due to hot tropical conditions. But processing and packaging a range of spices is becoming more popular here and in other parts of Cameroon, as it helps small-scale farmers beat the heat. “Now we can preserve our harvest for weeks and months without any damage,” said Martin Nkili, another Mbalmayo farmer.

AGROPOLE, is a government programme meant to promote small and medium-sized agricultural enterprises in rural areas. The initiative was launched in 2014.

Its national coordinator, Adrian Ngo’o Bitomo, said it had helped more than 400 farmer groups in the last five years, four-fifths of them in forest communities, distributing about 22 billion francs ($35.7 million) in grants. The programme tackles food security, forest conservation and climate change, as well as the connection between agriculture, forestry and local economies, Bitomo said.