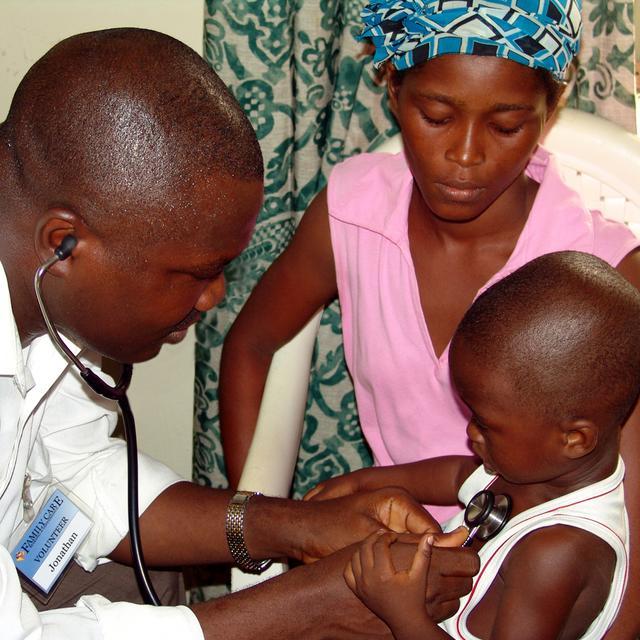 One of the most important proclamations made by the World Health Organisation (WHO) is that the social environment or social conditions in which people live and work has a major impact on their health. These include living and working conditions, education and nutrition. To a large extent, they determine an individual’s level of exposure to disease, health impacting behaviours, levels of immunity and his or her capacity to engage in health-promoting activities. Essentially, they are major determinants of health outcomes. While health systems are responsible for promoting health outcomes, the jurisdiction of the typical ministry of health does not include the management of these factors. Instead, ministries of education, labour, housing, public works, water affairs and so on, do so. Within the African context, and considering its prevailing socioeconomic and environmental dispensation, a deeper appreciation of this assertion opens up a fresh perspective on strategies to improve health outcomes while promoting sustainability of its health systems.

In the last century, Africa experienced one of the most rapid improvements in health outcomes. From the dawn of the century to the 1990s, the mortality rate for children under five years of age dropped by around 70 percent for sub-Saharan Africa. Within the same period, life expectancy at birth increased from below 30 years of age to just above 50 years of age. Most of these advances occurred in the latter half of the century.

In the past two decades, improvements in health outcomes in Africa have been rather moderate. In some cases, previous gains in health outcomes have been reversed. HIV/Aids has been a leading cause of reduction in health outcomes. In addition, malaria and diarrhoea diseases remain major causes of Africa’s disease burden. Africa’s disease burden, which previously comprised communicable and transmittable diseases, has seen a surge in recent years in the prevalence of non-communicable chronic diseases such as diabetes, cancer, high blood pressure and heart disease. The WHO projects that the rate of increase of deaths from chronic disease will outstrip that of infectious diseases, maternal and perinatal conditions and nutritional deficiencies more than four-fold in the next 10 years.

As a result of limitations in financial, management and human resource capacity, African health systems barely coped with the communicable diseases that were previously the continent’s major health threat. The increase in the complexity and magnitude of problems that these systems now face has prompted some commentators to doubt their sustainability. Already, sub-Saharan Africa makes up 11 percent of the world’s population, accounts for 24 percent of global disease burden, and commands less than one percent of global health expenditure.

Limitations of financial resources are not new challenges to African health sectors, and there have been many initiatives to address them. Since the 1990s, foreign donors have made available billions of dollars to African health systems. Although the effectiveness of foreign aid is often questioned, they have made a significant impact in providing greater access to healthcare within the continent. With the ongoing financial crises in many industrialised nations, foreign financial aid to sub-Saharan African health sectors is on the decline. Most African nations subscribed to the “Abuja declaration” – to commit at least 15 percent of their annual budget to improving the health sector. However, few have achieved this.

Various African countries have also experimented with pre-payment financing models such as national health insurance schemes (NHIS) to raise additional funds for the health sector and to ultimately achieve universal coverage for healthcare. Their fiscal space and overall levels of income, however, continue to impede its viability. Ghana introduced a NHIS in 2004, but according to a recent World Bank report, the system has serious structural and operational inefficiencies and is on a trajectory to go bankrupt, possibly as early as this year. South Africa is on the brink of introducing a NHIS, but is struggling to identify fiscal options to plug the estimated financial gap necessary to have a fully functional NHIS by 2025. Nigeria’s NHIS, which came into operation in 2005, still covers only about 5 percent of the population.

Although expanding the capacity of Africa’s health systems to adequately deal with its health challenges is necessary, there is potential danger in relying mainly on supply-side interventions. African health systems may not be able to generate sufficient financial capacity to deal with its health problems in the foreseeable future. In 2009, average per capita health expenditure in the European region was 14 times more than in the Africa region (measured in purchasing power parity terms) and yet, the rising cost of health care is a major concern for these industrialised nations. Is it not perhaps more prudent and effective to equally prioritise reduction in the demand for healthcare?

Vector control (defined as any method to limit or eradicate the mammals, birds, insects or other arthropods which transmit disease pathogens) can have a significant impact on reducing and maintaining low levels of demand for healthcare. This is acutely necessary for the sustainability of resource constrained health systems. Only 63 percent of the African population has access to improved sources of drinking water and 34 percent to improved sanitation. Prevalence of tobacco use among adolescents between the ages of 13 and 15 years is higher than for those above 15 years of age. The bottom-line is that demand for healthcare is only going to increase in the future.

With severely limited resources, African health systems may have to think more radically about how to manage health problems, as well as about striking a more sustainable balance between supply oriented and demand-targeted interventions. It is commonplace for health system experts to conduct an assessment of the cost and outcomes of competing health sector interventions to determine which intervention is resourced. As the factors that significantly impact on health outcomes are mostly outside the jurisdiction of ministries of health, when forecasting public expenditure, health planners may

need to expand their cost and outcome assessments to include interventions that are not specific to the health sector. Demand-targeting interventions will need to go beyond what governments do to improve living and working conditions. Also, it must be ensured that people take responsibility for their current and future health status.