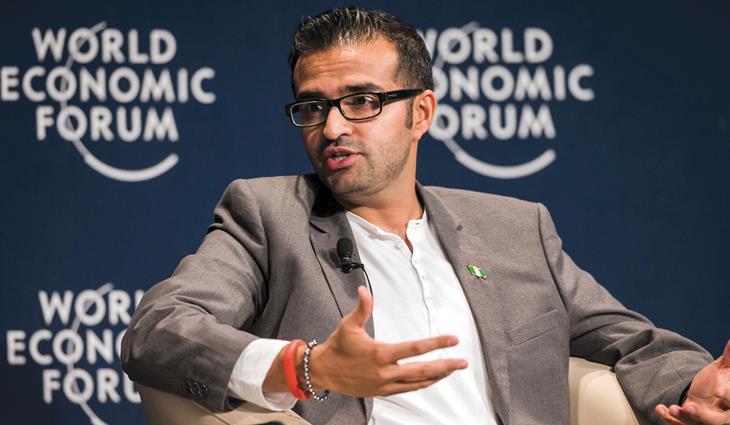 Over the last 22 years, Rwanda, the land of a thousand hills, has emerged as a model economy attracting international attention with its investor-friendly policies and regulatory environment that encourages businesses to invest, operate and contribute to the country’s renaissance.

This conducive climate encouraging the engagement of the private sector has ensured Rwanda’s place on the global business map and has made it a magnet for large global players. Atlas Mara, a leading African financial group, is a good example of how governments and business can create long-standing institutions that share a passion for Africa and for effecting meaningful change.

Atlas Mara was founded in late 2013 by Bob Diamond, former CEO of Barclays plc and Founder and CEO of Atlas Merchant Capital LLC, and Dubai-based African entrepreneur, Ashish J Thakkar, Founder of Mara Group Holdings Limited.  The company was listed on the London Stock Exchange following a successful $325 million IPO and both Diamond and Thakkar serve as Non-Executive Directors on the board. Since its founding, Atlas Mara has acquired, by way of five transactions, control of (or significant stakes in) banking operations in seven sub-Saharan African countries: Botswana, Zimbabwe, Zambia, Tanzania, Mozambique, Rwanda and Nigeria. The group has also raised approximately $900 million of debt and equity capital. The ultimate aims of Atlas Mara are to expand to 10-15 attractive sub-Saharan African banking markets, become a scale participant in those markets, support economic growth and strengthen financial systems, deliver innovative services and products for customers and deliver attractive returns to shareholders.

Atlas Mara is, in parallel, growing its footprint in the attractive and fast-growing East African Community (EAC) through Rwanda. In 2014, Atlas Mara acquired the commercial banking operations of the Development Bank of Rwanda (BRD Commercial), which has been at the forefront of Rwanda’s economic development, and, the following year, acquired Banque Populaire du Rwanda (BPR), Rwanda’s second largest bank, which is well-known as ‘the people’s bank’. Atlas Mara merged BRD Commercial and BPR to create a new powerhouse in Rwanda’s financial services industry ranking second in the country in assets and first in customer touch-points.

“We are supportive of Rwanda’s efforts to become East Africa’s financial services hub. Right from the inception of our firm, we have consistently said that we aspire to become sub-Saharan Africa’s premier financial services institution. We will achieve that, in part, by becoming a leading player in the country through our acquisitions of BRD-C and BPR,” says Atlas Mara’s CEO, John Vitalo.

And technology will be a key component in Atlas Mara’s drive to reshape African banking.

“While there have been significant innovations in the provision of financial services in sub-Saharan Africa, we believe that there is a substantial opportunity to leverage technology further, migrating from mobile money transfer to mobile banking and the provision of other value-added services,” notes Thakkar.

“Effective and efficient front- and back-office technology creates the ability to more efficiently service existing customers, as well as increase financial inclusion and serve customers for whom financial institutions have been previously uninterested or unable to serve. Given this recognition, we expect to invest (both in terms of financial and human capital) in technology and will seek partnerships and alliances in order to leverage complementary competencies,” he adds.

In an exclusive interview with FORBES AFRICA, Francis Gatare, CEO of Rwanda Development Board (RDB), calls Atlas Mara “a game-changer”.

“They have significantly helped to revamp the development bank [BRD] that we had for many years; they took on the commercial operations of the bank and have positioned it for the future… Atlas Mara is among the fastest-growing banking networks in Africa and by [also] taking over BPR – which for a long time had been a network of cooperatives –and incorporating it into a group with broader sub-Saharan aspirations, has been very interesting… I see Atlas Mara as a major contributor to the financial sector in Rwanda, in addition to bringing additional capital and expert knowledge into the country,” says Gatare.

Gatare says he has known Diamond and Thakkar for over the last 10 years, and calls them both “incredibly talented, astute businessmen, and amazing friends of Rwanda”.

A “positive disruptive force” in the markets they operate in, Atlas Mara sees sub-Saharan Africa’s vast potential, has noted the prospects for convergence between local financial inclusion and high mobile penetration and believes that access to financial services and competitive banking sectors can go a long way to improving people’s lives and fostering meaningful growth.

“Positive disruption, including the effective leveraging of new technologies to deliver financial services, represents a key facet of our business model.  We will drive lending to individuals and businesses to support economic growth and prosperity, versus the traditional banking strategy of being overweight Treasury Bills. We want to accelerate financial inclusion and help achieve our ambition of contributing positively to the communities in which we operate,” says Diamond.

What works in Atlas Mara’s favor? The global know-how they bring coupled with local insights and experience. They employ a customer-centered model and are actively expanding the products and services their banks offer in order to address the markets in which they operate.  And against the backdrop of retreating multi-national banking groups on the one hand and a lack of access to capital, liquidity and funding by local and regional banks on the other, their strategy is particularly relevant.

In addition to using technology to increase the number of people who access financial services, Atlas Mara also intends to focus on supporting financial literacy and entrepreneurship programs – consistent with their mantra of doing well and doing good (not to mention, creating the next generation of bank customers).

And with a strong leadership team in place, the company is on the right track, spurring growth and development on a continent that is too big to ignore. The statistics speak of their early success. According to Atlas Mara’s annual report in 2014, it has $2.6 billion in assets, 1,600-plus employees and $625 million of equity capital raised.

Amongst a stellar line-up of leaders, on the Atlas Mara Board is Nigerian entrepreneur Tonye Cole, who was on the cover of the April 2016 issue of FORBES AFRICA.

At the 26th World Economic Forum on Africa in Kigali from May 11-13, Atlas Mara says they will be making “some exciting announcements”.