Home Columnists Causes and consequences of corruption: The Nigerian experience (2) 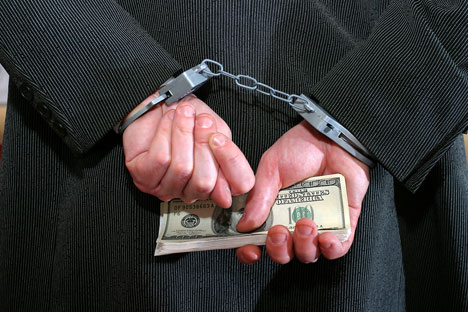 The consequences of corruption are universal even if there could be variations in the level of state and non-state responses to these consequences. Simply put: Massive corruption in Nigeria has reduced the amount of money needed for development just as it does in any other political economy.

First, corruption promotes poverty. A simple example could be made with the corruption in the management of the pension funds in Nigeria. The theft of pension funds means that retired Nigerians would not have access to their pensions as at when due. This means that those that have dependants to care for would be deprived of the needed funds. Some pensioners eventually died because of the rising expectations that often end in frustrations sometimes occasioned by standing for hours in long queues. What happens to the dependants of a pensioner when he or she is deprived of his pensions? Will such dependants be able to attend qualitative schools or will they be forced out of schools to fend for themselves? If education remains one of the main routes leading to a good life and national development, without education, what would be the future of these dependants and the country?

Another consequence of corruption is that it creates the condition for political instability. This is because unrestricted corruption makes the state an unlimited allocator of wealth to individuals and groups. This character of the state makes it possible for the politics of do-or-die to take root, with politicians struggling to out-compete one another sometimes in a most violent manner. It must be recalled that the various military regimes that took over power from democratically elected representatives of the people had always justified their intervention on the grounds of grand corruption and looting of state treasury by political state actors.

Third, corruption contributes to the blanket criminalization of Nigerians, especially the youths.  With its capacity to generate poverty and instability, the youths have been systematically hijacked for selfish ends by unscrupulous politicians and ideologues. Some of those that were not “hijacked” have found interest in advance fee fraud popularly known as Yahoo-yahoo or 419 in local parlance. While corruption cannot, and should not, be the singular cause of this systematic criminalization, it contributes to it.

Four, corruption promotes the existence of an underground/illegal economy. The possibility of bribes infiltrating the security systems has made it easy for underground economies in counterfeit, adulterated and substandard products, especially drugs. Though these underground economies are worth billions of dollars, the government does not benefit from taxes nor are the people benefiting from the dangerous effects of adulterated drugs.

Five, corruption also has other social costs apart from poverty.  As rightly noted by Myint (2000: 50), in “any society, there are laws and regulations to serve social objectives and to protect the public interest, such as building codes, environmental controls, traffic laws and prudential banking regulations. Violating these laws for economic gain through corrupt means can cause serious social harm.” The frequent use of substandard materials and violation of building regulations have led to numerous building collapse. Killing innocent occupiers has become a recurrent decimal in Nigeria while large scale oil spills with catastrophic effects have continued unabated in some parts of the country.

Lastly, and consequent upon the aforementioned is that corruption is antidevelopment to the extent that it reduces the amount of funds available to be used for developmental purposes. Funds that should have been used to better education, health, infrastructure and other items needed to encourage a good life of Nigerians are stolen by a microscopic few. But how has the EFCC responded? What has been done so far?

In discussing the responses of the EFCC to corruption in Nigeria, it is pertinent to briefly have a grasp of what the agency represents and its origin. The emergence of the Fourth Republic was marked with the election of Olusegun Obasanjo, a former military ruler between 1976 and 1979 as Nigeria’s President on May 29, 1999. Prior to that time, it had been estimated that about US$400bn was stolen between 1960 and 1999. Based on his conviction that corruption remains a major challenge of the country, two distinct anti-corruption agencies were created: the EFCC and the Independent Corrupt Practices and Other Related Offences Commission.

The EFCC was created and empowered to prevent, investigate and prosecute economic and financial crimes as entailed in the Banks and Financial Institutions Act 1991, Miscellaneous Offences Act, the Money Laundering Act 1995, the Failed Banks (Recovery of Debts) and Financial Malpractices in Banks Act 1994, the Advance Fee Fraud and Other Fraud Related Offences Act 1995, the Economic and Financial Crimes Commission Act (2004), and the Money Laundering and (Prohibition) Act 2004.

A lot has changed in Nigeria since the establishment of the commission 10 years ago. Increasingly, accountability is gaining centre stage in our governance system as senior government officials are now being called upon to give account of public resources under their watch.  Several public officers who are found wanting have been indicted and many are today facing criminal trials on allegation of corruption and breach of trust.  The same goes for the private sector; notable chief executives of banks have been investigated, prosecuted and convicted with assets worth billions of naira forfeited to the government and other victims of crime.

In 2012 alone, for instance, a total of 7,737 petitions were received and processed by the commission. This represents a six per cent increase over petitions received in the preceding year. Out of these, 2,606 were assigned for investigation, 2,385 were referred to other security agencies for necessary action and 2,746 were rejected for lack of merit. A total of 97 criminal convictions bordering on money laundering, illegal oil bunkering, pipeline vandalism, bank fraud, forgery and criminal breach of trust, etc. were also secured.

In the same way, a combined total asset worth N9,755,924,635.69 was also recovered and forfeited to various victims of crimes which included government agencies and departments, private individuals, institutions and organizations. This is besides the recovery of a total of the over $170m between 2010 and 2011 made through settlements (jointly with the Attorney General of the Federation and Minister of Justice) from foreign multinationals involved in the Halliburton bribery scandal and customs duty violation, etc.

In addition, in the first quarter of 2013, the commission recorded 33 convictions. Five of the convictions were on illegal transportation of foreign currency contrary to the Money Laundering (Prohibition) Act. The sums of $144,214.5 and N2, 705,000.00 were ordered forfeited to the Federal Government’s treasury. The remaining 28 were convictions for offenses of obtaining money by false pretenses, forgery, illegal dealing on petroleum products etc.  Similarly within the same period, the EFCC filed a total of 108 criminal charges. It has also secured five interim forfeiture Orders and three freezing Orders.

Moreover, within the same period, the commission assisted the Metropolitan Police in the investigation, prosecution, conviction and sentencing of Mr. James Ibori, a former governor of Delta State, by the Crown Court at Southwark. London on February 27, 2012, to 13 years’ imprisonment for money laundering and fraud. The same goes for the case involving the former Managing Director of Intercontinental Bank PLC, Mr. Erastus Akingbola, before the Royal Commercial Court in London on July 31, 2012 in which the court ordered the forfeiture of a total sum of approximately N165bn in favor of Access Bank PLC (formerly Intercontinental Bank PLC). The EFCC played a vital role in the prosecution of the case providing the UK authorities with critical assistance during the course of the investigation. The commission’s partnership with the UK authorities in these cases represents best practices in international cooperation as provided by the United Nations Convention against Corruption.

•Excerpts of a lecture presented by Kayode Oladele, Chief of Staff, Office of the Chairman, Economic and Financial Crimes Commission, in Abuja recently