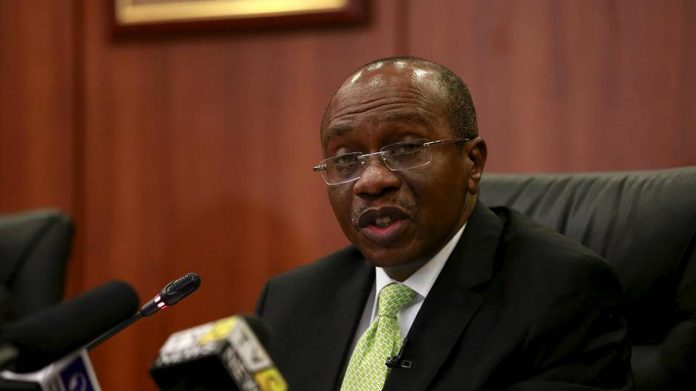 The Central Bank of Nigeria (CBN) Governor, Godwin Emefiele, has pledged to reposition Nigerian banks through recapitalisation during his second term. Mr Emefiele made the promise in Abuja on Monday during a press briefing on his policy road map for the next five years as governor of the CBN.

He said that recapitalisation of Nigerian banks was long overdue because it was done last in 2004 by Charles Soludo, a former governor of the apex bank. “We will pursue the programme of recapitalisation of our banks in the next five years to ensure they are among the top 500 in the world.

“It is Soludo that did the last recapitalisation of banks in 2004 from two billion naira to N25 billion. If you relate N25 billion to present exchange rate, you realise is lower than 75 million dollars. The then recapitalisation has been weakened and there is need to recapitalise and reposition the Nigerian banks,” he said.

Mr Emefiele also said in the next five years, the CBN under his leadership would work with deposit money banks to enable Micro, Small and Medium Enterprises (MSMEs) have access to credit. He said that MSMEs constituted about 90 per cent of businesses in the country, hence the need for this group to have access to credit facilities. According to him, this group of businesses are essential to the growth of the country’s economy. Mr Emefiele also pledged to ensure lower lending rates by banks during his second term.