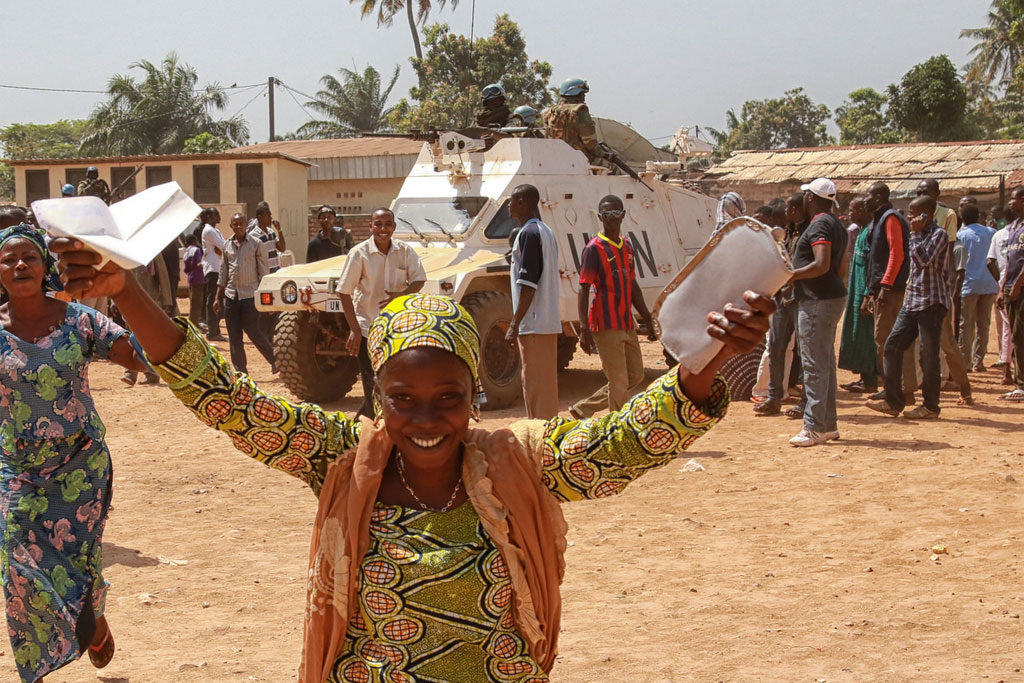 Eligible voters has recently defied a day of armed clashes in Central African Republic to have their say on a new constitution seen as vital to ending violence in a hastily arranged second session of polling.
A referendum on a new constitution in Central African Republic spilled into a second day- Monday- after violence marred the first day- Sunday- intended to be a single day of voting to help end nearly three years of instability.Approval of the new constitution would pave the way for long-delayed presidential and legislative elections on Dec. 27.
The military commander of Central African Republic’s U.N. peacekeeping mission said repeated attacks on a polling station in PK5, the city’s main Muslim enclave on Sunday, were an attempt by “spoilers” to block the vote.While there were reports of some disruption on Monday, voting was peaceful compared with Sunday.
“Those who tried to disrupt the vote yesterday have come to their senses. No shots were fired,” said Julius RufinNguoade-Baba, spokesman for the National Elections Agency (ANE). “Initial trends in Bangui show a large majority for ‘Yes’.”
On Monday, the streets of Bangui were calm, with soldiers from the U.N. mission visible at key junctions. The PK5 enclave, where a day earlier fighters armed with machineguns and rocket-propelled grenades attacked voters, saw heavy turnout at its two polling stations.
“Thousands of people are voting,” said OusmaneAbakar, a spokesman for the Muslim community of PK5. “We are determined to vote despite (yesterday’s) shooting.”
Former colonial power France has been among nations pushing interim authorities to hold elections, saying they are the only way to end a cycle of violence that began when mainly Muslim Seleka rebels seized power in 2013, leading to reprisal from Christian anti-balaka militias.
Voting ended on Monday and results should be available within 72 hours, ANE president Marie-Madeleine N’Kouet said.
Pope Francis visited Bangui last month to implore both Christians and Muslims to end a spiral of hate. Clashes halted briefly during his visit but more killings have been reported since.