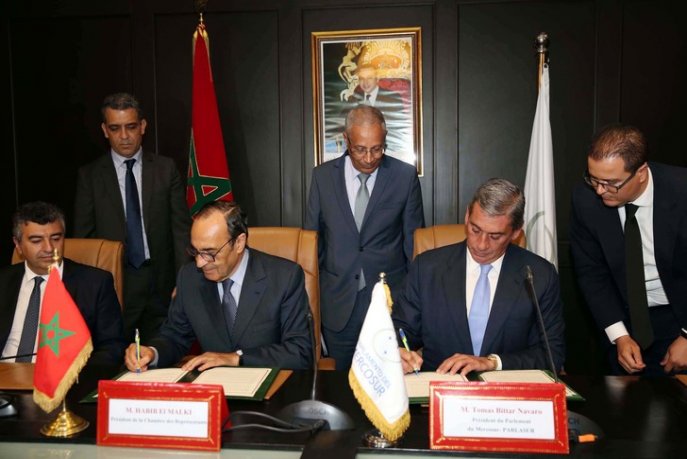 Tejada also suggested an institutional partnership between Parlacen, the European Parliament, and the Moroccan parliament. Bourita welcomed the suggestion to diversify Morocco’s collaboration and improve cooperation with Central America.

Navarro and El Othmani both expressed interest in boosting economic ties. As Morocco sits in a strategic position between Africa and Europe and South American countries link Latin America to the Caribbean, the partnership could open the door to a more developed trade network.

The two sides plan to sign a trade agreement in the near future.

Morocco is attracting new investments and more potential international partners due to its trade agreements with Europe, the US, Arab countries, Turkey, and sub-Saharan African countries.

The Moroccan strategy in diversifying its partners comes very likely as an effort to decrease its dependency on the European Union and strengthen diplomatic ties through economic partnership to push the Moroccan agenda on the international sphere.

According to the Observatory of Economic Complexity, Morocco’s top export and import destinations are, indeed, mostly EU countries with Spain, France, and Germany in the top five.

Morocco has recently enhanced cooperation with many countries in sectors such as mining and energy, aviation, technology, and education. In the last eight months, Morocco boosted its economic cooperation through various agreements and partnerships with countries such as China, Malaysia, India, Argentina, Tunisia, Russia, Cote d’Ivoire, Japan, and the Czech Republic.