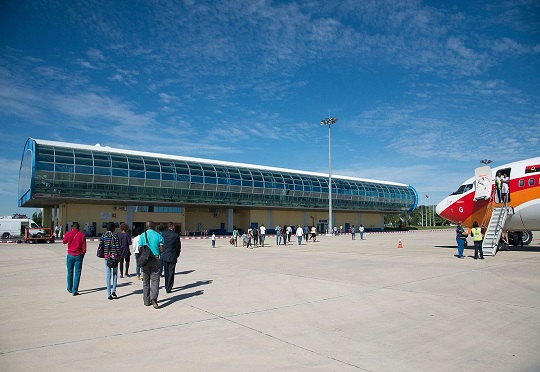 The Angolan Government invested between US $ 99.5 billion and US $ 99.5 billion between 2002 and 2015 in the construction and reconstruction of roads, bridges, railways, airports, ports, dams, power distribution networks electricity and water, hospitals, schools, housing, pubic buildings, among other economic and social infrastructures.

Despite this investment made during the National Reconstruction process, the evaluation of the quality of these infrastructures “is not in an encouraging position”, putting the country in 141st place in the international competitiveness index, according to the Minister of Economy and Planning , Pedro Luís da Fonseca, which was based on the data of the Report of the International Economic Forum 2014/2015.

This situation leads the country to a level of competitiveness that is not in line with the objective of diversifying exports and replacing imports.

Because of this, and given Angola’s macroeconomic context, it is necessary for the Government to work in the search for innovative ideas capable of securing adequate sources of financing, in order to leverage the provision of support infrastructures for growth and socio-economic development, according to the minister.

In order to achieve this objective, the Government is working on the implementation of the Public-Private Partnerships (PPP) process, which aims to serve as a source of financing for infrastructure and to improve the delivery and efficiency of services, as well as the quality of public goods.

The implementation of PPPs is based on four fundamental objectives, namely, optimization and acceleration of the execution or operation of public investments; capturing skills and knowledge that are scarce in the public sector; maintaining strict financial control and promoting the development of the private sector of the economy.

According to Pedro Luís da Fonseca, the achievement of these objectives involves the adoption of six strategic axes: defining and pursuing a cautious strategy of launching Public-Private Partnerships; attract the appropriate private partners; ensure the technical capacity of the public sector; define and implement robust regulation and support processes; define the General Procedures Manual for PPPs, and benefit from the instruments of multilateral organizations.

The implementation of this process has already begun with the holding of training seminars for public and private sector managers, with a view to ensuring the adequate technical training and preparation of their members and sectors targeted.

“With the implementation of the PPPs, we intend to make the transition from the State as a service provider to the State as a regulator, reserving to the public authority the responsibility to monitor, monitor the results and ensure that the level of service provided corresponds to that provided in the contracts,” he concluded. the minister Pedro Luís da Fonseca, who was speaking today, in Luanda, during the opening of the training seminar on PPPs.

At the time, the resident representative of the World Bank, Olivier Lambert, stated that it was necessary to invest in the construction of infrastructures that reflect the will and the needs of the population, placing the services in the appropriate places with the help of the beneficiaries.

The chair, who was the speaker on the “Focus on the strategic context of PPPs” and “Infrastructure finance in emerging markets” themes, said that the World Bank is available to share its experiences in PPP matters and to collaborate with the Angolan Government, in order to seek the best players in the world market, with a view to guaranteeing the quality and durability of public goods.