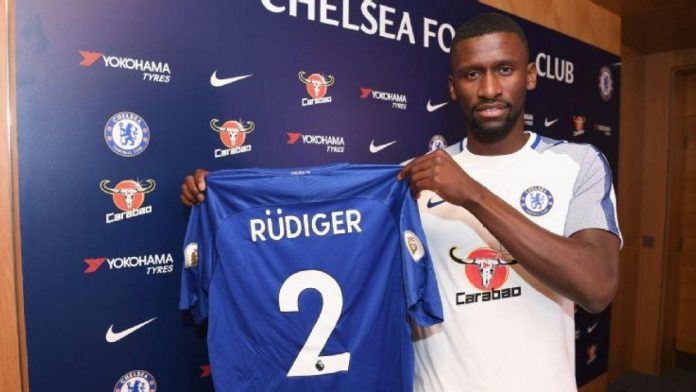 Antonio Rudiger, Chelsea and German footballer has joined the growing list of A Listers committing philanthropy in Africa. Rudiger was born in Sierra Leone, but his parents fled the west African country during the war and resettled in Germany.

The professional footballer recently donated $100,000 to an ongoing free education project by the Sierra Leone government. Rudiger gave his donation during the ongoing UK-Africa Investment Summit, when he met with the Sierra Leonean President, Julius Maada Bio in London.

According to Rudiger, it is his modest contribution to the President’s flagship project, which aims to support over two million children in primary and secondary schools in the West African nation.

Rudiger went further to emphasize the importance of education to the human capital development of a nation, adding that that was the bedrock for every national development.

“Sierra Leone is my home. I’m not the talking type of a person, I am about action. You can count on us and do not hesitate. We are here to support your vision and agenda, especially on education. I am ready to take on my responsibility to change the narrative and image of Sierra Leone,” he said.

The Minister of Education, Dr Moinina David Sengeh who was present at the ceremony stressed that the funds will put to best use. First Lady Fatima Bio, who has been a strong advocate for girl child education and protection was also present. The player presented customized jerseys to the First Couple.

Asides this donation Rudiger has been committed to other humanitarian work back in his home country. In the last few years, the player has paid for corrective surgeries for children with cleft lips and burns.

Rüdiger has also assured the President that he would be committed to supporting his government’s effort at rebranding the natural resource-rich country with huge potentials for investments.