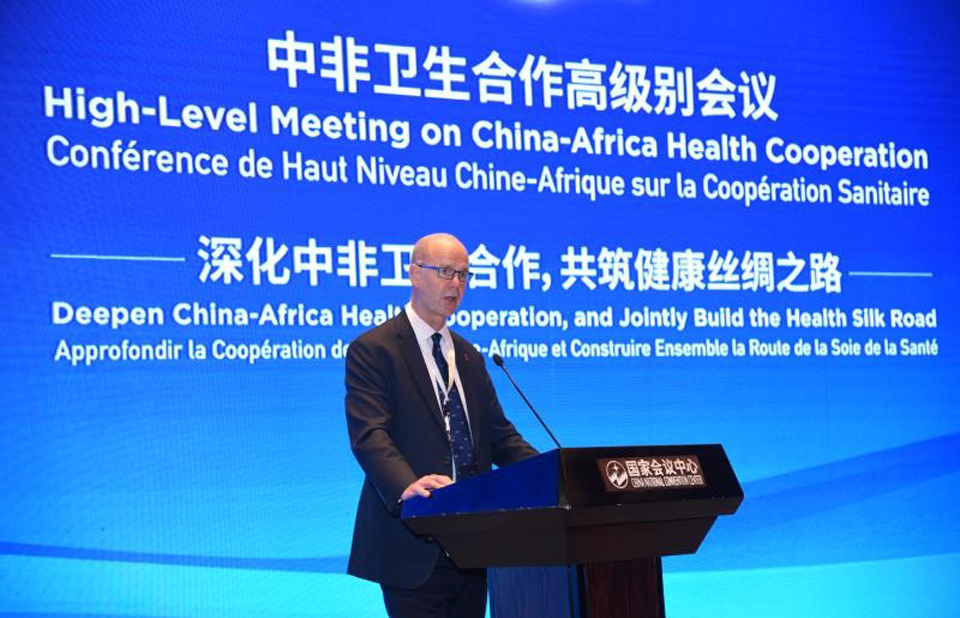 As China and Africa continue to deepen cooperation on public health, Chinese medical workers have saved hundreds of millions of African patients and trained tens of thousands of African medical staffs in recent three years.

Their actions well explain the profound connotation of the China-Africa community of shared future.

China and Ghana recently have signed a deal to co-produce a film titled Ebola. The cinematic project will tell the stories of Chinese medical teams’ assistance in western Africa after the Ebola virus burst in 2014.

Statistics indicate that China has sent a total of 21,000 medical workers to more than 50 countries and regions in Africa since the country sent its first medical mission group to Algeria in 1963, providing medical services to 220 million Africans and training 80,000 medical professionals.

Over the past half century, 51 Chinese medical workers sacrificed their lives in Africa for their noble humanitarian contribution.

In the recent three years, the China-led Brightness Action campaign which offers free treatment for cataract patients in Africa has left its footprints on 40 African countries, recovering eyesight for over 4,000 local citizens in 14 countries.

Apart from such figures, China-Africa cooperation on public health is also shown by concrete facts.

Since the arrival of the Chinese medical aid team, China-Republic of Congo Friendship Hospital in Brazzaville, capital of the Republic of Congo, has gradually improved its medical capabilities.

The radio cephalic arteriovenous fistula surgery performed by Chinese doctors in Gaborone, capital of Botswana was hailed as a pioneering act by their local colleagues. Besides, Chinese medical staffs have completed the first painless gastroscopy for South Sudan in July 2017.

A local cardiovascular intervention team was established in Ghana during the stay of Lin Chunying, Chief of the second batch of Chinese medical staffs sent to Ghana. Lin made a proposal after knowing the desire of the local doctors to study the technique.

The program officially started in 2015. Under the sponsorship of China’s National Health Commission, 13 Ghanaian doctors and nurses were sent to China for training.

After a year of study, the Korle-Bu Teaching Hospital of Ghana finally had its first doctor that could perform percutaneous coronary interventions. So far, an excellent cardiologist team has been preliminarily established in Ghana.

Malaria and AIDS, which are among the biggest challenges for global health governance, also bring a huge burden to African countries.

Chinese scientist and Nobel laureate in Physiology or Medicine Tu Youyou has made a huge contribution to the global undertakings of anti-malaria with the Artemisinin invented by her and her team. Artemisinin and its compound treatment have saved the lives of millions of Africans. Besides, China has also set up the first pilot malaria-control centre in Tanzania.

At present, the Joint United Nations Programme on HIV/AIDS (UNAIDS) is planning to train 2 million community healthcare workers in Africa, said Michel Sidibé, Under-Secretary-General of the United Nations and Executive Director of the UNAIDS, adding that this idea is inspired by barefoot doctors in China.

The Beijing Summit of the Forum on China-Africa Cooperation is about to be held in Beijing. African countries are expecting to see a continuously deepened China-Africa cooperation on public health.