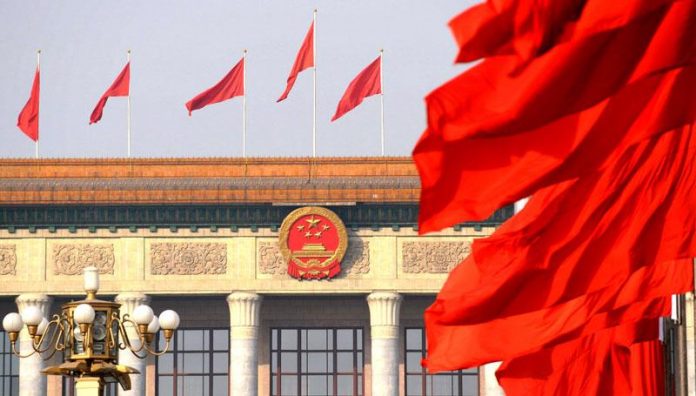 A Chinese national government work report was adopted by the recently concluded fifth session of the 13th Chinese National People’s Congress (NPC), setting China’s economic growth target for 2022 at around 5.5 percent. Though it seems lower than previous years’ growth rates, the international society generally believes that China will keep contributing to global recovery and growth while working to realize the growth target, because the target is science-based and reasonable, and mirrors China’s initiative. It will help guide public expectations, boost confidence, and build consensus for development.

In 2021, China’s GDP hit 114.4 trillion yuan, or $17.7 trillion at the yearly average exchange rate. It is estimated to account for over 18 percent of the global economy. The domestic value added of the country reached $3 trillion, which is unprecedented in the history of global economic development. To increase China’s 2021 GDP of 114.4 trillion yuan by 5.5-percent is equivalent to realizing a 7.4-percent growth five years ago, or a 10.5-percent growth 10 years ago. The 5.5-percent growth will contribute a considerable amount to the world economic growth.

This will also be reflected in two aspects. First, China is fully, accurately and comprehensively implementing a new development philosophy featuring innovative, coordinated, green, open, and shared growth and takes high-quality development as a theme of economic and social development for the 14th Five-Year Plan period (2021-2025) and beyond. The country has actively endeavoured to transform its growth model, optimise the economic structure and shifted growth drivers, creating opportunities for and injecting energy into global development. The adherence of China, a country with 1.4 billion people, to the path of high-quality development is an important contribution made by the country to the world economic development. Second, China is opening up more sectors of the economy in a more thorough fashion to create a world-class business environment established on market principles and the rule of law. From reaching $6 trillion in foreign trade for the first time to making new records in foreign direct investment inflow, and to signing over 200 cooperation documents on the Belt and Road Initiative with more than 140 countries and 32 international organizations, China is actively integrating itself into the global economy and continuously promoting win-win results through its own development. Meanwhile, China is a staunch supporter of the multilateral trading system with the WTO as the core. It is actively negotiating on and signing more high-standard free trade pacts and regional trade agreements, and building a global governance system that’s fairer, more just and more reasonable, playing a significant role in promoting strong, balanced, sustainable and inclusive growth of the world economy. One must-see China’s development and its interaction with the world contribute much to the world economy.

I do not deny the fact that China is facing more risks and challenges in its development, such as the ongoing pandemic, sluggish world recovery, fluctuation in commodity prices, and increasingly more complicated domestic and external environment. However, the country’s economic fundamentals sustaining long-term growth remain unchanged.

China is surely able to withstand downward pressure and maintain stable economic operation, and will inject more positive energy into the world economy to make it stable, healthy and sustainable, which is good for Nigeria.

Since the establishment of diplomatic ties between China and Nigeria more than 50 years ago, political mutual trust has continuously been deepened, and bilateral relations have maintained sound momentum of development. Last year’s conference of the Forum on China-Africa Cooperation (FOCAC)  in Dakar drew up a blueprint for China-Africa cooperation. China is full of confidence in the development prospects of bilateral relations, and is willing to work with Nigeria to follow the guidance of the important consensus between the leaders of the two countries, engage in closer bilateral friendly exchanges, consolidate the foundation of political mutual trust, support each other more firmly, deepen practical cooperation in various fields such as trade, transportation, energy, digital economy, medicine, security and other fields under the FOCAC mechanism, properly implement the outcomes of the Eighth Ministerial Conference of the FOCAC in Dakar, and promote the continuous development of bilateral relations.