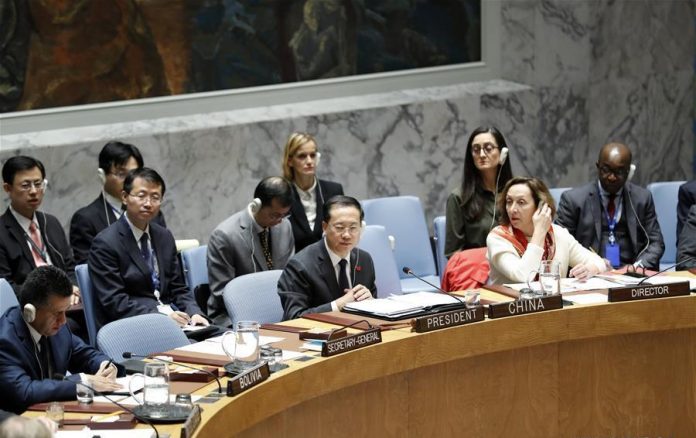 Chinese Permanent Representative to the United Nations Ma Zhaoxu on Wednesday called on the Security Council and international community to provide constructive assistance to the countries in the Horn of Africa.

At a Security Council meeting on Somalia, Ma said that the relations between countries in the Horn of Africa have been continually improved over the past few months.

Ambassador Ma said China hopes the countries in the region will actively seize the current favourable opportunity, strengthen dialogue and consultation, and work in tandem to properly resolve relevant issues.

In a unanimous vote, the Security Council adopted a resolution to lift a nearly decade-old arms embargo and targeted sanctions on Eritrea after the country’s recent rapprochement towards neighbors in the Horn of Africa.

The Chinese diplomat said the lifting of sanctions is conducive to the peace and development in the region.

Ma pledged that China will continue to work with the international community to play a constructive role in achieving peace, stability and development of the countries in the Horn of Africa.

The council imposed sanctions on Eritrea in 2009 for its support of Al-Shabaab insurgents in Somalia. The UN’s most powerful body slapped more sanctions on the Horn of African country in three other resolutions from 2011 to 2013.