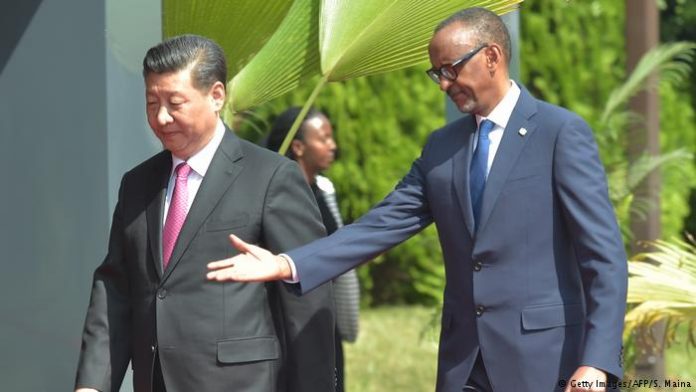 Chinese companies say they want to explore areas in Namibia in which to invest, such as the automobile, agriculture and chemical sectors. This was said this afternoon (Thursday) when a delegation from China met president Hage Geingob during a visit to Namibia that is aimed at implementing agreements concluded at the Forum on China-Africa Cooperation (Focac) in Beijing in September last year.

Bayin Chaolu, secretary of the Jilin provincial committee of the Communist Party of China, was accompanied by delegates from the business communities and trade and economic sector. Bayin said they wanted to identify or explore new areas of bilateral cooperation, such as in the areas of the automobile, agriculture, petroleum and chemical sectors.

Agreements made at Focac include Namibia signing a deal to be part of China’s ‘Belt and Road’ initiative – a programme that China says it initiated to achieve shared growth through discussion and collaboration, focusing on infrastructure connectivity, policy coordination, financial cooperation, trade facilitation and people-to-people exchanges.

In addition, Namibia received US$10 billion in development financing for Africa pledged by Chinese president Xi Jinping. During the meeting, Geingob said the government should not be lectured on who it could engage in business as it was making responsible decisions to help the country.

“I keep telling them that China is everywhere, why do they come lecture us about China? China is in the United States, UK, France and everywhere. Why are we being warned like children?” the president questioned.

In a customary gesture by the Chinese community, a drawing of horses was presented to Geingob to wish him “a speedy success during the upcoming elections”, together with a model of a car made in Jilin province and two books. Vice president Nangolo Mbumba received a gift of two yellow Chinese vases with elaborate drawings on them.