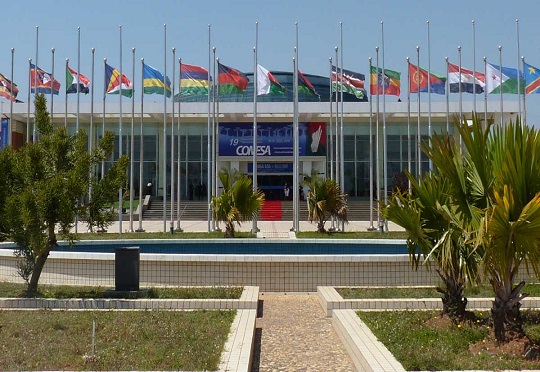 Common Market for East and Southern Africa, COMESA, and the European Union have signed a €53 million trade facilitation facility.

COMESA Secretary General Ms. Chileshe Mpundu Kapwepwe and the Head of the European Union Delegation to Zambia, Ambassador Alessandro Mariani jointly signed the agreement in the presence of the Zambia Minister for Commerce, Trade and Industry Hon. Christopher Yaluma.

The funds will be used to implement the COMESA Trade Facilitation Programme (CTFP) which aims at increasing intra-regional trade flows of goods, persons and services by reducing the costs/delays of imports/exports at specific border posts.

It will support trade policy liberalization, infrastructure improvements, improved border management and logistics among others.

The CTFP is financed under the 11th European Development Fund.

Citizens of COMESA Member States and Tanzania will be the key beneficiaries, either directly or indirectly through their central, regional and local administrations or public or semi-public institutions.