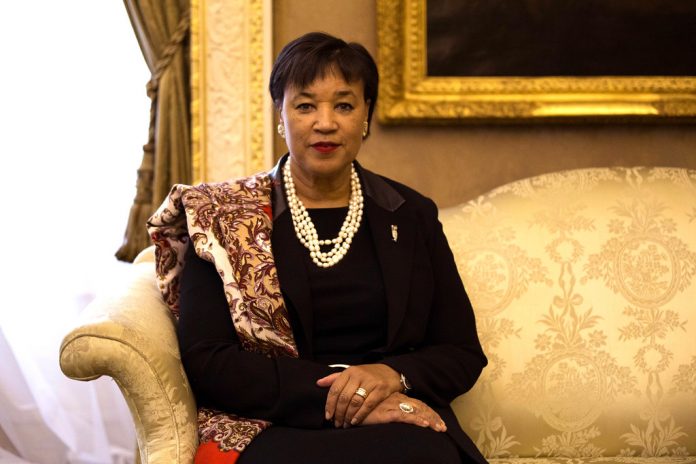 Commonwealth Secretary-General, Hon. Patricia Scotland OBE, will deliver the keynote address at the 3rd Africa Summit which is set to take place in the prestigious Dorchester Hotel, London. Mrs Scotland is expected to speak on trade relations between Commonwealth nations and the organization’s activities in facilitating bilateral trade among member and non-member nations alike.

The British politician and barrister who served in ministerial positions within the UK government, most notably as the Attorney General for England & Wales and Advocate General for Northern Ireland, was elected the 6th Secretary-General of the Commonwealth of Nations at the 2015 Commonwealth Heads of Government Meeting and took office on 1 April 2016. She is the first woman to hold the position and is a dual citizen of the United Kingdom and Dominica.

This edition of the Africa Summit has the theme, Intra-Africa Trade: Beyond Rhetoric and Political Commitments. The summit will among other things, tackle key issues associated with the continent’s growth and development; host series of high-level panel discussions and keynote presentations.  The event will also feature discussions and sustainable engagement to exchange experiences, evidence-based researches and practical approaches to boost and address emerging issues and challenges that will confront the full implementation of the Continental Free Trade agreement.

The Africa Summit is a premier and annual event of the African Leadership magazine that brings together Business and Political Leaders as well as key stakeholders under one roof to connect with one another, celebrate innovation, entrepreneurship and development in the continent, and explore diverse thoughts and perspectives on issues relations to the social, economic and environmental sustainability of Africa. Previous editions of the summit have attracted over 250 leaders from across Africa, United States and the United Kingdom.