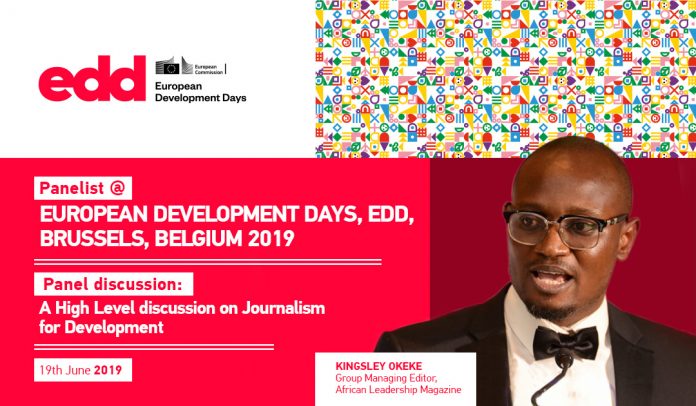 The Managing Editor of the African Leadership Magazine UK, Mr. Kingsley Okeke, has been invited by the European Union Commission in Brussels to join a high-level panel debate on Journalism for Development. The debate which is scheduled as part of the Special Event for the Lorenzo Natali Media Prize Awards Ceremony is billed to hold during the annual European Development Days program on 19th June 2019, at the Tour & Taxis Avenue, Bruxelles Belgium.

During the debate, Mr. Okeke alongside 4 other senior journalists and representatives from the civil society will shed light on the role of media in tackling inequality, exclusion, and discrimination around the world.

The panel session which will be preceded by a keynote address from Kailash Satyarthi, 2014 Nobel Peace Prize Laureate, shall be moderated by Christina Lamb, Chief Foreign Correspondent for The Sunday Times and best-selling co-author of ‘I Am Malala’, the story of the co-recipient of the 2014 Nobel Peace Prize, Malala Yousafzai.  The 40-min long panel will be composed of four prominent voices from journalism and development. The panel will primarily focus on the role of the media in tackling inequality, exclusion, and discrimination around the world.

The 2019 Awards Ceremony will be a celebration of international journalism that highlights reporting on the many and varied ways that governments, civil society, and committed citizens are combating inequalities around the world.

The Lorenzo Natali Media Prize was launched in 1992 to recognize excellence in reporting on development issues, inequality, human rights, and poverty eradication. The Prize also gives a voice to those whose story is often overlooked or ignored. It was created by DG DEVCO, and named after former European Commissioner Lorenzo Natali, an early champion of European development policy.

Organized by the European Commission, the European Development Days (EDD) bring the development community together each year to share ideas and experiences in ways that inspire new partnerships and innovative solutions to the world’s most pressing challenges.

African Leadership Magazine, a Pan-African publication has been in the frontline of promoting development journalism in Africa. The Magazine’s efforts towards promoting innovation, entrepreneurship, and development in Africa have continued to gain traction and commendation from stakeholders.

African Leadership Magazine is, therefore, joining this year’s event to promote the overarching theme for the year, which is: “Addressing inequalities: building a world which leaves no one behind”. 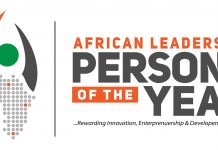