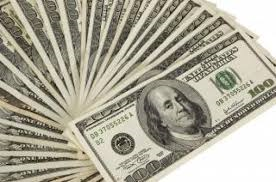 Mining and oil firms in the Democratic Republic of Congo have recently being asked to pay taxes and import duties in U.S. dollars rather than in the national currency.
The decision of the Central Bank of Congo is part of an attempt by authorities to increase reserves of foreign currency, weakened by a slump in global mining and oil prices that has hit government revenue.
It reverses a policy established in 2014 to require companies to pay taxes in francs as part of a drive to wean the central African country off dollars.
Congo is Africa’s top producer of copper, and mining is key to an economic boom that has seen growth rates of 8 percent for five years, among the highest in the world, according to International Monetary Fund figures.
Mining and oil companies contribute more than $2 billion per year to government revenue, according to the Extractive Industries Transparency Initiative, which sets a global standard for accountable management of natural resources.
The measure would enable the Bank to “get a grip on some of the currency supply” and allocate it rationally to the public and private sector, said Governor Deogratias Mutombo.
President Joseph Kabila’s government counts macro-economic stability as a key achievement. Senior officials say privately, however, they fear that lower global commodity prices and higher government spending in an election year could put that at risk.
Kabila is due to step down after presidential elections set for November, when his second term ends. Critics say his administration has failed to spend sufficiently on infrastructure, health, education and boosting employment to address the needs of the vast country.