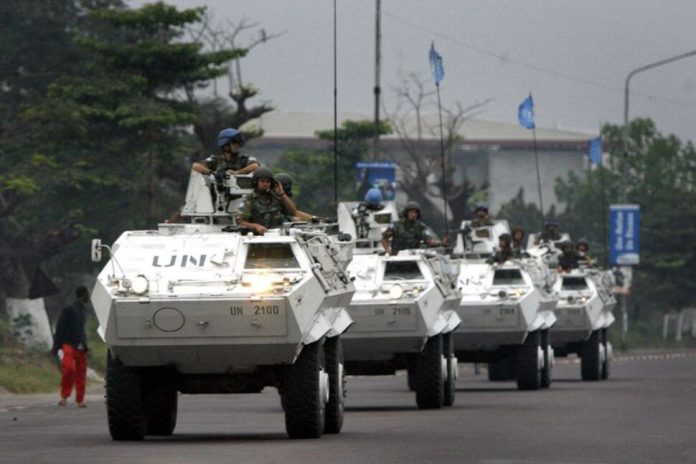 Democratic Republic of Congo’s government will re-evaluate the withdrawal plan of the United Nations peacekeeping mission after deadly anti-U.N. protests last week, it said late on Monday, suggesting it may ask the force to leave sooner than expected.

The U.N. peacekeeping mission, known as MONUSCO, said on Tuesday that it supports the government’s decision and is also ready to reassess its withdrawal plan, which currently has it staying for at least two more years.

Thirty-six people, including four U.N. peacekeepers, were killed last week during violent demonstrations in the country’s east, the government said.

Protesters accuse the mission of failing to protect civilians against militia groups that have wreaked havoc in the region for decades.

U.N. troops were accused of retaliating with force, and in some cases, live bullets, as hundreds of protesters threw rocks and petrol bombs, vandalised and set fire to U.N. buildings.

In a plan drawn up last year, the United Nations laid out a set of minimum conditions that would be necessary for MONUSCO’s withdrawal, which it aimed to achieve by the end of 2024.

“The transition plan was formulated in 2021. The political and security environment a year later has changed significantly,” said MONUSCO spokesperson Ndeye Khady Lo.

A government commission sent to assess the aftermath of the protests found that 13 people died in clashes in the town of Goma, another 13 – including four peacekeepers – in Butembo, and three in Kanyabayonga, Congo’s presidency said.

Four protesters were killed in the city of Uvira when troops fired shots that hit an electric cable that fell on them. Three civilians were killed when U.N. soldiers returning from leave opened fire at a border post in Kasindi.

Around 170 people were wounded, the commission added.

“During our interviews, the population made a clear demand: to see MONUSCO leave the DRC,” it said.

The United Nations has condemned the violence and vowed to investigate alleged abuses on both sides together with Congolese authorities.

Frustrations against the mission were stoked by the recent resurgence of the M23 rebel group, which has displaced thousands.

Attacks by militants linked to Islamic State have also continued despite a year-long state of emergency and joint operations against them by the Congolese and Ugandan armies.