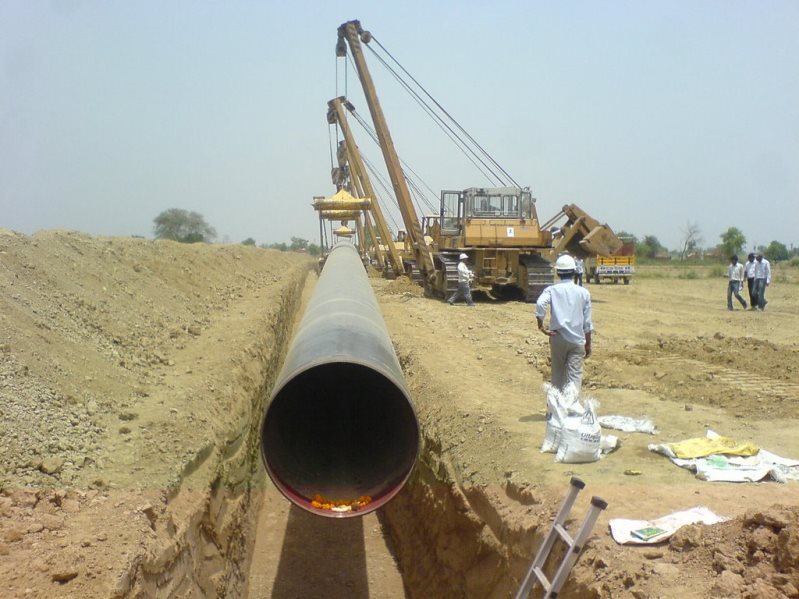 The construction of the crude oil pipeline between Lamu and Turkana will be due to start by June 2019. The project as estimated by experts will take two years before its completion. This they hope to achieve before the production of commercial of oil in 2021. This news came up in Kenya after President Uhuru Kenyatta joined other oil exporting countries yesterday.

The government in March this year, contracted Wood Group to draw up plans for the construction of the pipeline. This will be known as Front End Engineering Design (FEED). Preliminary designs have shown that the 892-kilometre pipeline will cost Sh100 billion, which is half of what had been estimated. The lower costs are on account of Uganda withdrawing from plans to jointly build a pipeline with Kenya, which resulted in the reduction of the system’s diameter.

The construction of the pipeline and its maintenance work once it is flagged off, is expected to bring about opportunities, but only a handful of Kenyans have the capacity to benefit. In a statement released by Morendat Institute of Oil and Gas owned and operated by the Kenya Pipeline Company, only two Kenyans are currently certified as pipeline welders and can work on an oil pipeline. There is lack of adequate personnel despite the lucrative nature of careers in the fledgling industry where a welder can earn as much as Sh100, 000 a day.

Stephen Kuria who is a trainer from the Australian African Energy Institute is the person in charge of conducting the training for the 11 men and a lady that will join the trade. The welders will graduate in September after getting certification from the United Kingdom. The certification of these men and woman will be a boost to the Kenyan welders since there are only two certified welders.

According to statement from the government, it is planning to raise Sh1 billion through the dual listing of National Oil Corporation of Kenya (NOCK) at the Nairobi and London stock markets and use the profit amassed from it to buy up to 35 per cent in blocks 10BB and 13T in Lokichar. In essence, this pipeline construction will be a major boost to the development of Kenyan economy and growth.