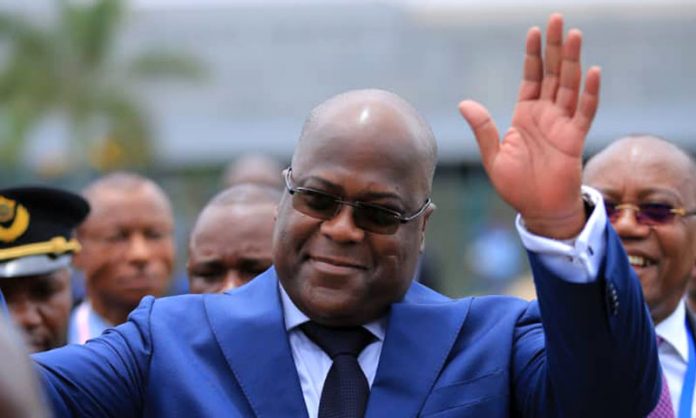 Congo’s President, Felix Tshisekedi has implored the Congolese to cooperate with the health workers in order to help eradicate the ravaging Ebola hemorrhagic fever. In his speech, President Tshisekedi said “I ask you, my countrymen, my fathers, my little brothers, listen and cooperate with the medical response teams that are working tirelessly here to eradicate this disease. If you do so, this disease will not spread everywhere anymore and we will contain it and get rid of it completely here.”

Widespread misinformation and mistrust of first responders, propagated by some community leaders have led many in affected areas of the eastern Democratic Republic of Congo to refuse vaccinations. Instead, they turn to traditional healers, whose clinics have contributed to the hemorrhagic fever’s spread.

Congo has suffered 10 outbreaks of Ebola, which causes severe vomiting, diarrhea, and bleeding since the virus was discovered there in 1976. The current one has seen 1,264 confirmed and probable cases and 814 deaths since it was declared last August. It is surpassed only by the 2013-2016 outbreak in West Africa, in which more than 28,000 cases were reported and more than 11,000 people died.