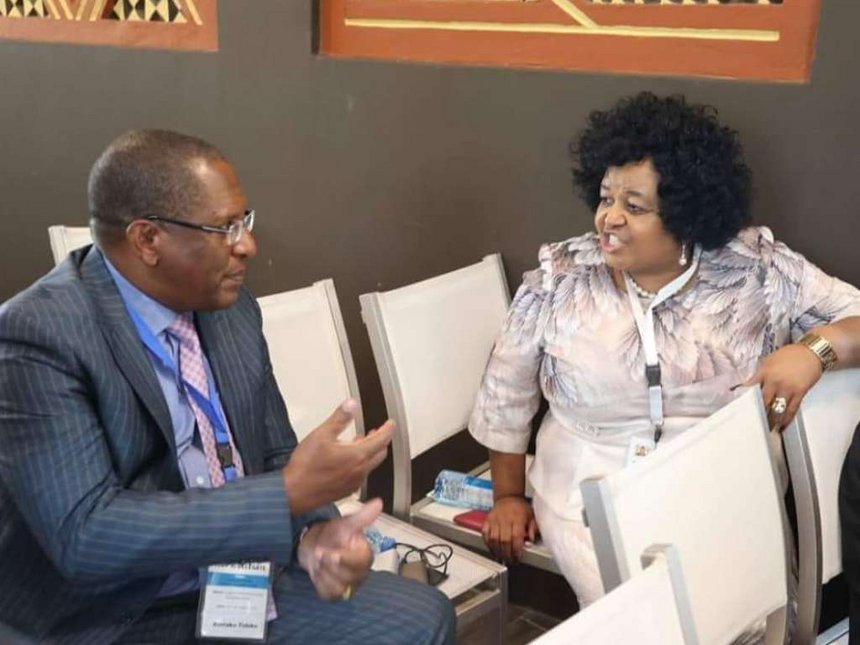 Environment CS Keriako Tobiko has condoled with the family of his South African counterpart Edna Molewa who passed away on Saturday.

South Africa’s president Cyril Ramaphosa announced that Molewa died on at a Pretoria hospital after a short illness.

In his message, Tobiko said Molewa’s untimely demise was shocking.

“It is with great sadness and shock that I have received the news of the untimely death of my colleague Minister Edna Molewa, Minister of Environment of the Republic of South Africa.”

“I welcomed the late Edna in Mombasa on August 30 during the Conference of Parties to the Nairobi Convention where we held a very successful meeting,” he said.

Tobiko described the late minister as a person who distinguished herself in many capacities and causes. He cited her contribution to South Africa’s liberation to fighting for equality of women in the society.

Ramaphosa has declared a period of mourning with immediate effect and ordered that the National Flag be flown at half-mast at all flag stations countrywide and at South African diplomatic missions abroad.

“I offer my deepest condolences to the family of Minister Edna Molewa as well as to her colleagues in Cabinet and across all spheres of government who have had the privilege to work alongside an extraordinary leader of our people,” Ramaphosa said in a statement.

He added, “This is a devastating loss to our nation and to the global community who owe a great debt of gratitude to the late Minister Molewa for her championship nationally and globally for the environmental integrity of a sustainable planet Earth that can be shared and enjoyed by all nations and all people, rich and poor”.