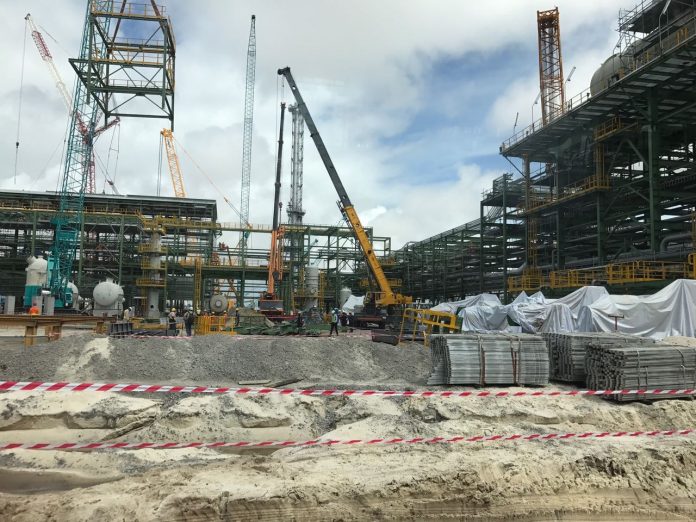 The Group Executive Director, Strategy, Portfolio Development and Capital Projects, Dangote Industries Limited, Mr. Devakumar Edwin has disclosed that the coming on stream of the Dangote Refinery and Petrochemicals will go a long way in bringing the much-desired resolution to the unemployment crisis in the nation as the company would engage about 2,000 personnel in the field of engineering only. He disclosed this while receiving the officials of Petroleum Trust Development Fund (PTDF)  in Lagos at the weekend.

According to him, opportunities for thousands of indirect job is huge given that there is fertiliser and petrochemical complex within the refinery. He explained that the 650,000 barrels-per-day Dangote Refinery currently under construction, is 50 percent bigger than the current largest single train refinery in the world; and has the latest technology to challenge any such plant in Europe and everywhere.

Edwin, who also identified well-trained human capital as the most important aspect of any successful company, disclosed this during a chat with officials from the Petroleum Trust Development Fund, on a visit recently.

Giving an overview of the Dangote Refinery to the head, Press and External Relations, PTDF, Mr. Kalu Otise and Mr. Lawal Ibrahim of the same unit, the Dangote boss said “Although most refineries abroad tend towards mass production of diesel, the Dangote Refinery is designed to produce gasoline more than diesel, which is unique to us.

According to him, from Nigeria, our people have gone throughout Africa and beyond for training. They are trained and equipped, they can do exceedingly well. In oil and gas, there is an advantage because there is already some level of expertise there.