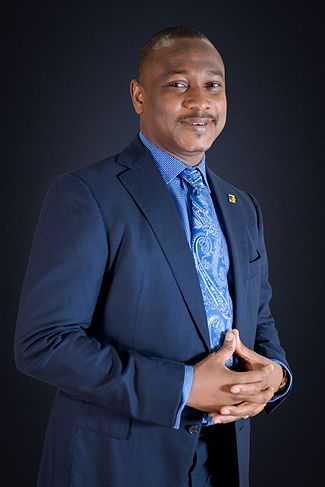 Dauda Lawal (born 2 September 1965), is a Nigerian Banker, who currently serves as the Executive Director, Public Sector North, of First Bank of Nigeria Plc.  He graduated from Ahmadu Bello University in 1987 with B.Sc in Political Science, obtained M.Sc, Political Science/International Relations from the same University in 1992 and holds a PhD in Business Administration from Usmanu Danfodiyo University, Sokoto.Mr. Lawal is a man of goals, commitment and action; when he sets his eyes on a target, inspiration follows, sophisticated strategy, passionate effort and through hard work, he gets the work done!

He started his working career in 1989 as Political Education Officer with the Agency for Mass Mobilization for Social and Economic Reliance Nigeria. In 1989, he joined Westex Nigeria Limited as an Assistant General Manager. Lawal believes that you must always have an objective – goals that you’ve established for yourself.

In just over ten years, he has diligently carved out a position for himself among the Nigerian Banking industry’s elite as the executive Director in charge of the public sector at the first bank of Nigeria limited. Throughout his successful career in the banking sector, he has maintained a philosophy of unshakable dedication and integrity.

As an established leader in the banking industry, Lawal has a keen sense not only of the day-to-day challenges in banking, but also the vital role that the financial sector plays in any country’s economy.

For Lawal, this level of success – or any type of success for that matter – is impossible to achieve without the development of solid teamwork. When challenges do arise, Lawal likes to be consistently prepared. One of his methods for preparation is to create and have ready a variety of options for surmounting any problems that may come along.

Lawal believes that with Commitment and determination, there is nothing that anyone cannot do in life. Believe in yourself, be focused and pursue your objectives with all your energy, then you can leave a name in the sands of time.