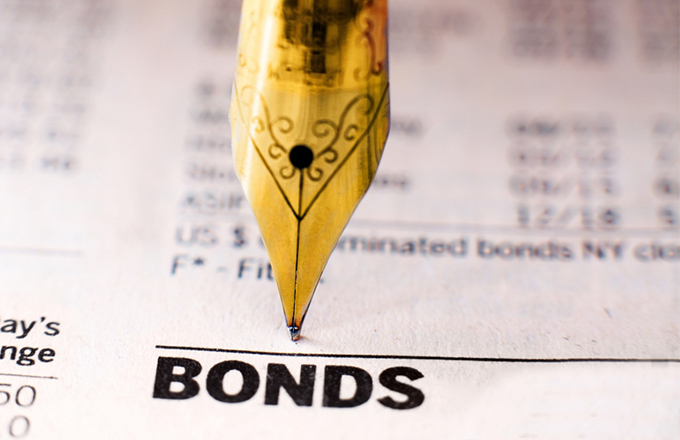 With the advent of globalization and its inherent implications, there has been an increase in the mobility of labor across geo-graphical boundaries.

Migration of highly-skilled labor has been a major characteristic of the relationship between developing and developed countries in the last two decades.

Globalization is also increasing the level of interconnectedness among societies and economies.

Diaspora communities are keen to support their families who re-main at home. This desire is evidenced in the huge flow of remittances from developed countries to developing countries, especially sub-Saharan Africa, Latin America and South-East Asia.

Remittances have become an essential component of social safety nets, cushioning millions of families around the world and keeping them from falling into a financial hole.

Global remittances were estimated at approximately $601bn in 2015. Developing countries received about $441bn of that amount, almost three times the volume of official development assistance.

Actual figures may be higher as remittances sent through informal channels were unrecorded.

Despite the high volume, value and frequency of remittances, they are only a survival mechanism; they are based on personal relationships rather than national interest and in most cases, they are not coordinated at a national level.

Although remittances demonstrate that Diasporas care about their homelands, these monies do not offer a sustainable path to development.

There is little governments can do to harness the inflow of funds except make transactions cheaper and easier.

However, governments can issue Diaspora bonds to leverage mi-grants who are concerned about families “back home”, and often at lower interest rates when compared to other government bonds.

They are typically offered to expatriates with long-term maturities and low yields, and the Diaspora often overlook many shortcomings of their home country’s financial health – such as sovereign risks of default in foreign currency as well as devaluation – if it means promoting its economic growth and development.

While not all countries have been successful in issuing these bonds, this is an avenue where Nigeria stands out as an African success story.

With Nigeria now considering its second bond sale of $300m, the time is apt to reflect on where other countries have succeeded and failed to understand what Nigeria can do to build on its strong first step.

These yearly issues are seen as a stable and cheap source of foreign exchange. They are usually utilized for infrastructure projects rather than assistance during financial crisis.

However, Diaspora bond sales tend to in-crease during periods of economic crisis. Since 1951, the DCI has issued an average of $1bn annually.

Unlike Israel, where the DCI was established particularly to issue Diaspora bonds, India has used the government-owned State Bank of India (SBI).

India, through the SBI, has raised funding via Diaspora bonds on three different occasions.

India Development Bonds (IDBs) following the balance of payments crisis in 1991 ($1.6bn), Resurgent India Bonds (RIBs) following the imposition of sanctions in the wake of the Nuclear testing in 1998 ($4.2bn), and India Millennium Deposits (IMDs) in 2000($5.5bn).

India and Israel’s success with Diaspora bonds is yet to act as a roadmap for other countries.

Critical factors were: the peculiarity of each country’s economic condition, the structure of their Diaspora bonds, their marketing campaigns, and the size and financial strength of their Diaspora communities.

Attracting investors is difficult without an appropriate foundation and execution strategy.

In the African context, Ethiopia, Kenya and Nigeria are notable examples of countries that have experimented with Diaspora bonds.

Ethiopia struggled with its Millennium Corporate Bond of 2008. Its failure can in part be attributed to political instability, lack of financial collateral, local currency denominated payments, low-risk premiums and a general lack of awareness within the targeted Diaspora that the product existed.

Kenya, in contrast, countered the Diaspora’s cynicism with its bond issue in 2011/2012. The government gave its Diaspora community greater influence in the utilization of the funds raised and the bonds were used to finance specific development projects.

This strategy assuaged concerns about corruption and mismanagement for Kenyans and resulted in $600mn raised.

The same tactic was not as successful in Ethiopia most likely because people who fled their country due to war, poor economic conditions, or mismanagement were not easily convinced to buy into a product sold by the same government that had perpetrated the wrong doings.

Nigeria too was successful. In 2013 Nigeria issued $100mn in Diaspora bonds. Nigeria faced obstacles similar to Ethiopia in raising in-vestments, but approached its issuance more thoughtfully.

Like Israel, Nigeria registered its bonds with the US Securities and Ex-change Commission (SEC), which involved compliance with many regulations.

Registering debt instruments with the SEC required covering costs of registration as well as stringent disclosure, and transparency of assets.

This gave the Nigerian bonds open access to US retail investors, which the Ethiopian Millennium Bond avoided. Along with SEC registration and international support, Nigeria was cautious with its expectations.

It only sought to raise $100mn from the Diaspora community, a significantly small amount when compared to its $20bn inward remittances in 2013 As a result, Nigeria’s initial issuance was successful and the country is considering a second sale of $300 million in bonds.

To be successful with the next bond issue, the Nigerian government should open the sale of its Diaspora bond to all.

However, it should strategically market to only a few. In most the successful Diaspora bond issues, the sale was open to various classes of investors. However, marketing road shows targeted only the Diaspora community and a few foreign investors.

Diaspora bonds should be project-specific and the proceeds should be utilized transparently. Just like remittances, Diaspora bonds are counter cyclical and tend to increase when the country is having difficulty.

The fact that Nigeria just issued a $1bn Eurobond that was 7.8 times oversubscribed, launched the Economic Recovery and Growth Plan, and that Nigeria is experiencing its worst economic crisis in 25 years will likely boost the attractiveness of the Diaspora bond.

In addition, S&P recently affirmed Nigeria’s credit rating of B, while maintaining a stable outlook.

The improvement, albeit slow, is also a factor that should be positively evaluated by investors and could impact on the successful issuance of the Diaspora bond.