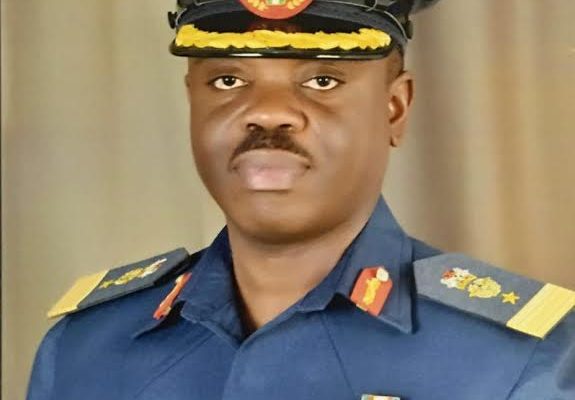 It is hardly arguable that since it gained independence in 1960, Nigeria has not experienced the magnitude of security challenges currently facing the nation, except perhaps during the Nigerian Civil War of 1967     to 1970. Apparently, the Boko Haram Terrorist Organization has been about the most challenging threat to Nigeria’s peaceful existence in recent times.  As a result, the Armed Forces of Nigeria, alongside other security forces and relevant stakeholders have had to put in enormous efforts to combat the insurgency. Although some shy away from openly acknowledging it, Nigeria has been at war for some time now, albeit an asymmetric one. Fortunately, it is now part of our history that at a time, the insurgents occupied territories in Nigeria as the military struggled to cope with their onslaught.

As it is now widely acknowledged, air power plays a decisive role in the outcome of wars, asymmetric or otherwise. Being mindful of its role as the primary organization responsible for the projection of air power in Nigeria, the Nigerian Air Force (NAF) realized the need to up its game, if it was to fulfil its constitutional role and meet the nation’s expectations. The coming of the President Buhari Administration proved to be the game changer and the elixir that the military needed. The NAF, in particular, has benefitted from the commitment and determination of the current Federal Government administration to end the Boko Haram insurgency and other forms of criminalities within the nation’s borders. It is to the advantage of the NAF that the willingness of the Federal Government to provide resources towards repositioning the Service coincided with the focus and vision of the Chief of the Air Staff (CAS), Air Marshal Sadique Abubakar.

Immediately upon his appointment as the CAS in July 2015, Air Marshal Abubakar wasted no time in fashioning out his vision, which is “To reposition the NAF into a highly professional and disciplined force through capacity building initiatives for effective, efficient and timely employment of air power in response to the Nigeria’s national security imperatives.” He also enumerated key drivers of his vision such that all NAF personnel were left in no doubt as to what was expected of them towards defeating terrorism, among other objectives. Accordingly, in the past two years or thereabout, the NAF has recorded numerous significant achievements some of which would be highlighted in this article.

The current NAF administration, under the leadership of Air Marshal Abubakar, has been rated high in areas such as capacity building for personnel, reactivation of previously grounded air assets and equipment, infrastructure upgrade as well as acquisition of new platforms for superior firepower. In addition, the NAF has steadily facilitated robust logistics support for NAF operations and taken great strides in providing residential and office accommodation for personnel. Furthermore, the NAF has become renowned for its feats in research and development efforts, in close liaison with relevant civil institutions. Besides, educational, medical and fitness facilities for personnel, their families and neighbouring civilians have been much improved upon and expanded, where necessary. Likewise, the entire NAF structure has been rejigged to cope with the current security realities. Moreover, NAF humanitarian intervention schemes in the North East are now fast becoming legendary. All the identified achievements, and more, all of which could be discussed in more details at a more auspicious time, are visible and verifiable achievements.

The import of the foregoing is that the NAF has not had it this good for quite a while despite some of the notable achievements of some of its past leaders. Consequently, the operational capacity of the NAF has tremendously improved, in addition to now having a highly motivated manpower that operates with morale. Nigeria has naturally been the major beneficiary of the much improved NAF, as reflected in the obvious fact that the Boko Haram insurgents have been decimated and are in disarray. Some of the operational feats have been well publicized with accompanying declassified video clips. The previously brash insurgents have been reduced to elements that now seek soft targets with a view to embarrassing the Government of the day. The focus of the NAF, together with other sister services and relevant stakeholders, has been to flush out the remnants of the terrorists while preventing them from regrouping.

Sadly, however, as the NAF intensifies efforts to consolidate and sustain its previous successes, it appears that some unpatriotic Nigerians and mischievous elements are hell bent on causing undue distractions. Of recent, it has been one malicious, false and misleading story after the other in a seemingly well-orchestrated campaign of calumny against the NAF and its leadership. For instance, it has been alleged that the CAS, Air Marshal Abubakar had been recruited by imaginary coup plotters, an allegation which the NAF categorically refuted. Obviously, the nation’s democracy continues to wax stronger despite its challenges, many of which are not limited to Nigeria. It has also been reported that the Service Chiefs had illegally extended the military careers of their course mates and friends. Of course, the Defence Headquarters had since responded appropriately, noting amongst others, that the power to extend military service of personnel, as statutorily provided for, is vested in respective Service Councils and not the Service Chiefs.

The latest in the series of distracting accusations is that the CAS, Air Marshal Abubakar, who was wrongly referred to as an air vice marshal in some reports, had illegally allocated eighty per cent of slots in the NAF’s ongoing recruitment of potential non-commissioned officers to the “core north”. The unfortunate report further stated that the “successful recruits” had commenced “pre-training formalities and tests” at NAF Base Kaduna. It is worthy of mention that the said recruitment exercise has not been concluded and accordingly, no list of successful recruits has been released. One then wonders where these misleading reports are emanating from, and more importantly, what the real motive and intentions of the authors are. The NAF would usually publish the list of successful recruits in at least two national dailies, indicating their verifiable states of origin, and this year’s exercise would not be different, once completed. It has, however, been encouraging that the mainstream media has largely refrained from being dragged into the muddy waters of falsehood by mostly little known online media organizations.

The NAF, being a highly professional Service, remains committed to discharging its constitutional duties in an apolitical manner. The NAF is very mindful that it belongs to all Nigerians, irrespective of ethnicity or religious leaning, and it exists to serve the collective interest of all Nigerians. Nigerians are therefore encouraged to continue closely monitoring the activities of the NAF, including the ongoing recruitment exercise, via its official website and other social media platforms to avoid being misled by the ever present mischievous elements. Meanwhile, the NAF would remain steadfast on the path to glory by focusing its efforts on meeting the security needs of well meaning Nigerians rather than being distracted by unscrupulous elements who deliberately refuse to see good where it exists in abundance.

The writer, Air Commodore Olatokunbo Adesanya, is the NAF Director of Public Relations and Information