Kenya has been on serious vigilance over the outbreak of rinderpest in the country since 2010. Rinderpest is an infectious viral disease that affects domestic livestock. The disease is capable of killing its victims in less than fifteen days. Its symptoms include fever, diarrhea, dehydration, and sometimes immediate death.

This disease was confirmed in Kenya in the mid-1980s after several reoccurrences in two major counties. But it was dealt with in 2010 and was confirmed to be eradicated from the country but might recur if precautions were not taken.

The country has been on high alert for the disease to prevent its reoccurrence. A senior assistant director of veterinary services Jackson Nkoroi said, “we are conducting routine visits to examine livestock mainly in the pastoral areas of Kenya in collaboration with farmers in readiness for any outbreak.”

Mr. Nkoroi stated that this effort to eradicate rinderpest in the country was not done without help from the Food and Agricultural Organization (FAO) and the Inter-African Bureau for Animal Resources of African Union (AU/IBAR).

“The disease was eradicated and a certificate issued to us to that effect by the world organization for animal health,” said Nkoroi.

And with all measures put in place to prevent the invasion of this disease, this year the country was able to celebrate eight years since the dismissal. 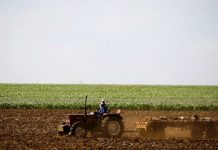