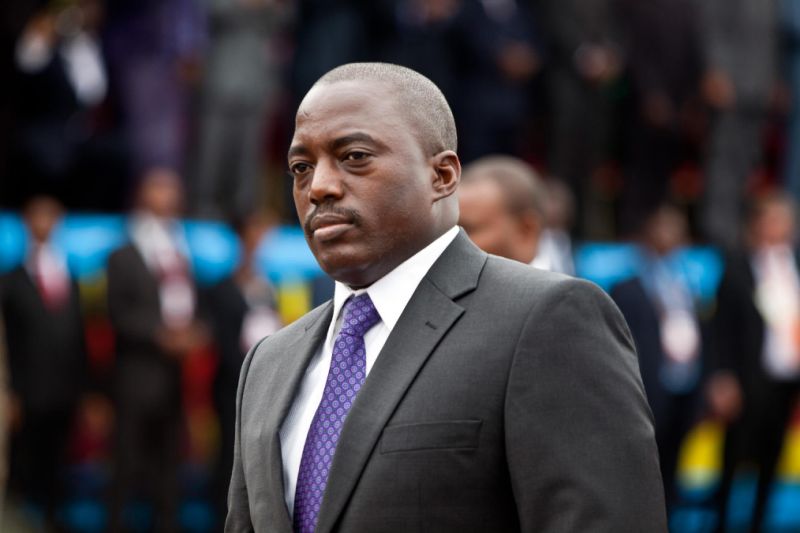 Gunfire could be heard in Congo’s capital, Kinshasa, early Tuesday after the mandate for President Joseph Kabila passed without the president stepping down and with no elections in sight.

Kabila’s mandate ended at midnight Monday following his two terms in office. A presidential adviser, Barnabe Kikaya, said it was unconstitutional to demand that Kabila leave office at midnight, and said he will continue to be president in the morning.

Congo’s constitutional court has ruled that Kabila can remain in power until new elections are held.

Residents in some parts of the capital, Kinshasa, blew whistles at midnight to signal that it was time for Kabila to leave office. Gunfire also could be heard in several districts.

Earlier Monday, protests took place in several neighborhoods in Kinshasa, despite a ban on demonstrations and a large military presence out in force. Witnesses say police fired tear gas to disperse the protesters.

“The constitution clearly states that the president remains in his position until his successor is elected by the people of the Congo, not by a loud and insistent mob,” Kikaya said.

Much of the capital was deserted Monday, with shops closed and people staying home because of fears of violence.

In the eastern city of Goma, human rights groups say dozens of protesters were arrested.

Congo’s ruling party has proposed that elections be held in April 2018. However, opposition leader Felix Tshisekedi has demanded that the vote take place in 2017.

The government says elections scheduled for this November had to be postponed because of logistical and financial challenges.

Kabila has been president of the DRC since his father was assassinated in 2001. He won elections in 2006 and 2011 in polls the opposition claims were rigged. He is barred by the constitution from seeking a third term.

Congo has never had a peaceful transfer of power since independence from Belgium in 1960. Observers fear the current political crisis could trigger a repeat of civil wars that killed millions of people between 1996 and 2003.